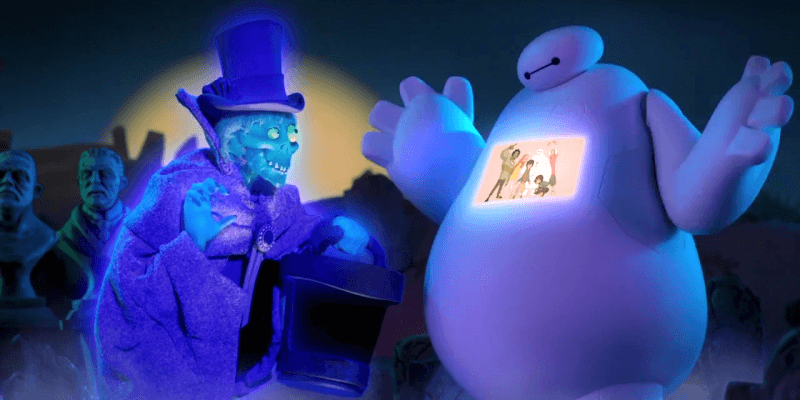 Disney XD is getting into the Halloween spirit by introducing a few characters to the Haunted Mansion‘s Hatbox Ghost.

Three stop-motion animated promos were released featuring characters from DuckTales, Big Hero 6: The Series, and Star vs. the Forces of Evil. The animation style brings back memories of beloved Rankin/Bass holiday specials like “Rudolph the Red-Nosed Reindeer.”

In this first video, Huey, Dewey, Louie, and Webby come face-to-face with Baby Boo and Hatbox Ghost as they hunt for the Ghost Bride’s Ring.

WATCH – DUCKTALES: THE HUNT FOR THE GHOST BRIDE’S RING:

In the second video, Baymax thinks Hatbox Ghost is in need of immediate medical attention.

The third video finds Star and Marco lost in the Haunted Mansion. Will they find their way out, or is this their new home sweet tomb?

The promos are a collaboration between Walt Disney Imagineering, Stoopid Buddy Stoodios, and Disney XD and begin airing on Saturday, October 7.

According to Disney, there are a few Haunted Mansion Easter eggs for eagle-eyed viewers:

DuckTales and Star vs. the Forces of Evil are airing now, while Big Hero 6: The Series debuts in November.