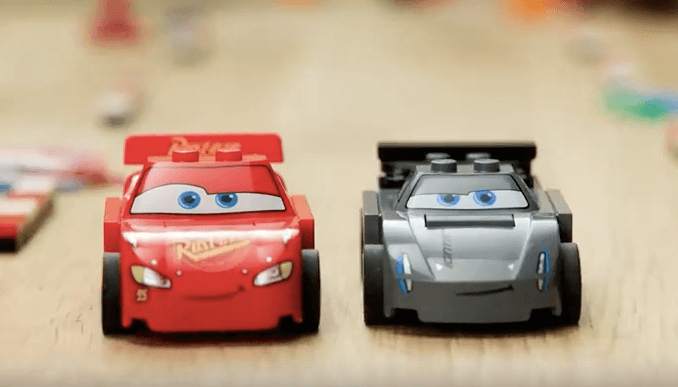 Disney and LEGO have teamed up once again to add Disney-Pixar’s recent hit, “Cars 3,” to the “As Told By Lego” series. Lightning McQueen and all his friends make their LEGO debut in this new 3-minute video.

This stop-motion movie summary tells the story of the recent film by recreating major scenes through the eyes of a child.

The “As Told By LEGO” series has tackled “Beauty and the Beast,” “Captain America: Civil War,” “Rogue One: A Star Wars Story,” and “Moana” in the past.

“Cars 3” will be available on DVD and Blu-ray November 7.

Comments Off on VIDEO: Disney-Pixar’s “Cars 3” gets pieced together brick by brick for “As Told By LEGO” series