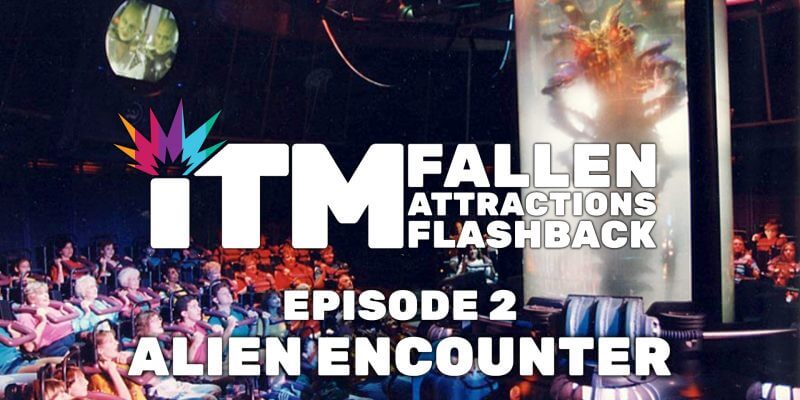 This new YouTube series takes viewers back in time to the attractions of theme parks past. This series will revolve around attractions found in theme parks from all around the world, including Disney, Universal Studios, SeaWorld and many other famous chain and independent theme parks.

On this week’s episode we’re taking a look back at an otherworldly experience that used to terrify its guests, ExtraTERRORestrial Alien Encounter at Walt Disney World’s Magic Kingdom. This experience was a theater-in-the-round attraction where visitors to the park would be strapped down into seats and watch as a horrific alien would be beamed into the center of the room. What made this attraction even more scary was when the vicious alien would escape its tube and wreak havoc on guests around the theater, leaving many screaming in TERROR.

Also be sure to also checkout our last episode where we went back in time at Walt Disney World’s Epcot, to take a look at the fun (but often gooey) Body Wars…