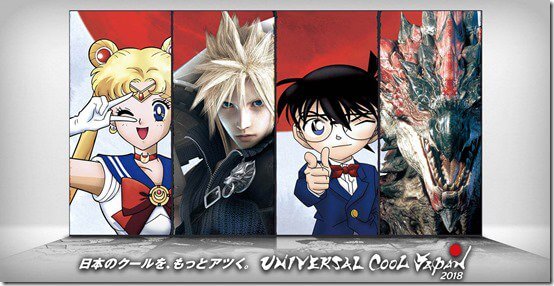 As part of the Universal Cool Japan program, which debuted in 2015, the park is offering a new virtual reality roller coaster called Final Fantasy XR. The adventure ride involves guests boarding an airship to hop between different Final Fantasy worlds, meeting heroes during the journey.

Guests at Universal Studios Japan can also look forward to an attraction based on “Sailor Moon” in the coming year. Details about the Sailor Moon attraction haven’t been released, but it’s scheduled to open in Spring 2018.

Detective Conan and Monster Hunter are also returning to the park on January 19 along with the new Final Fantasy attraction.

While these attractions are only at the park for a limited time, Super Nintendo World will be there to stay when it opens sometime before 2020.