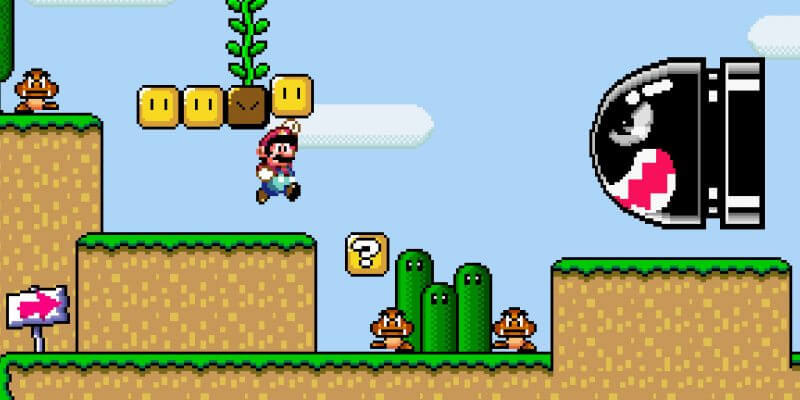 Super Nintendo World is one of the most highly anticipated theme park lands of all time. For years, people have wanted to be immersed in the worlds of some of Nintendo’s most popular characters. Jumping down a warp pipe with Mario, exploring the jungle with Donkey Kong or having a sword fight with Link have been the inspiration for many childhood fantasies.

But along with the incredible characters and fantastic visuals, Nintendo is also known for creating spectacular sounds. Specifically, Nintendo is the source of a lot of memorable music. Even today, it’s hard to find a person that does not recognize the music from the original “Super Mario Bros.” for NES, and that was released in 1985.

Like the iconic film scores of “Star Wars” or “Jaws,” some of Nintendo’s games featured music that still rings in our ears today. I personally find myself whistling the music from an SNES or Nintendo 64 game about once a week. The question now though is: what Nintendo music will we hear in Super Nintendo World when it opens across Universal theme parks? With so many options to choose from and a plethora of different themed locations in the expansive future land, the possibilities are nearly endless.

Attractions, shops and restaurants will all need background music. And of course, different parts of the land will also be filled with ambient tones. So let’s take a look, or rather a listen, to some of the Nintendo music that we may hear in Super Nintendo World:

Obviously, we can expect to hear some variation of the classic NES “Super Mario Bros.” theme. So, I’ve decided to skip past that and go right to the SNES. There’s a lot of music from this game that still plays in my head today, but this one stands out the most.

Where it would fit: Likely just background music in the Mushroom Kingdom part of the land.

Just about anyone that played “Super Mario 64” remembers this music. As you explore Peach’s majestic castle, which served as somewhat of a home base for the whole game, this music would play until you inevitably found yourself humming along. Like “Super Mario World,” this game featured a lot of great music, but this just seems to me like an obvious choice.

Where it would fit: As you can see in the concept art for the land above, Peach’s Castle will be a prominent part of Super Nintendo World. My guess is it will serve as either the primary restaurant or shopping location for the Mushroom Kingdom.