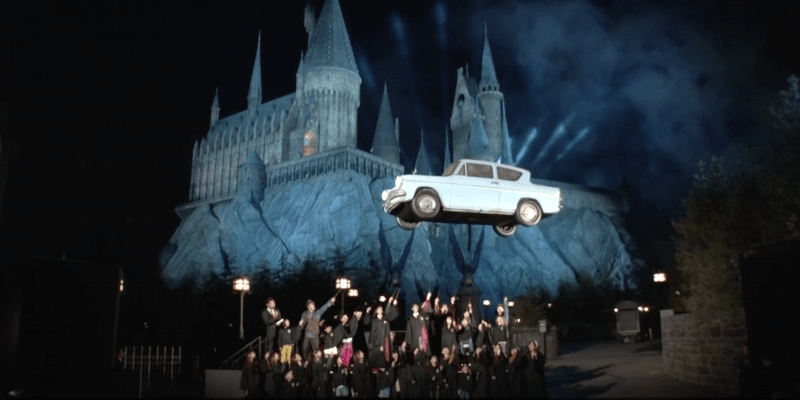 Wizarding in the land of the rising sun is about to get even more magical!

It was unveiled today that Universal Studios Japan will be bringing two exciting new attractions to The Wizarding World of Harry Potter. “Wand Studies” and “Wand Magic” will immerse fans even deeper into the magical world of the boy who lived, and for guests, the opportunity to practice their magic skills throughout different locations of the area.

MuggleNet reports that the opening ceremony was quite the spectacle, with actresses Alice and Suzu Hirose greeting guests and casting a Wingardium Leviosa spell to make a simple feather float in the air. The sisters then proceeded to cast a Locomotor spell, launching the the Weasley’s Ford Anglia high into the air. Wicked!

Check out the video of the ceremony below:

Wand Magic: A special Interactive Wand is now available at The Wizarding World of Harry Potter at Universal Studios Japan that offers guests the chance to cast spells. Guests will search for magical points hidden in several locations in the area based on the Wand Magic Map. To lead guests to a successful magical experience, Wand Assistants at respective locations will give personal interaction to each and every guest.

Wand Studies: This is a show-style attraction in which students of the four Hogwarts houses practice how to cast spells while receiving support from guests.

What do you guys think? Is it worth it to make a trip out to Japan to experience these new attractions? Either way, it’s pretty freaking cool. Let me know your thoughts in the comments below!