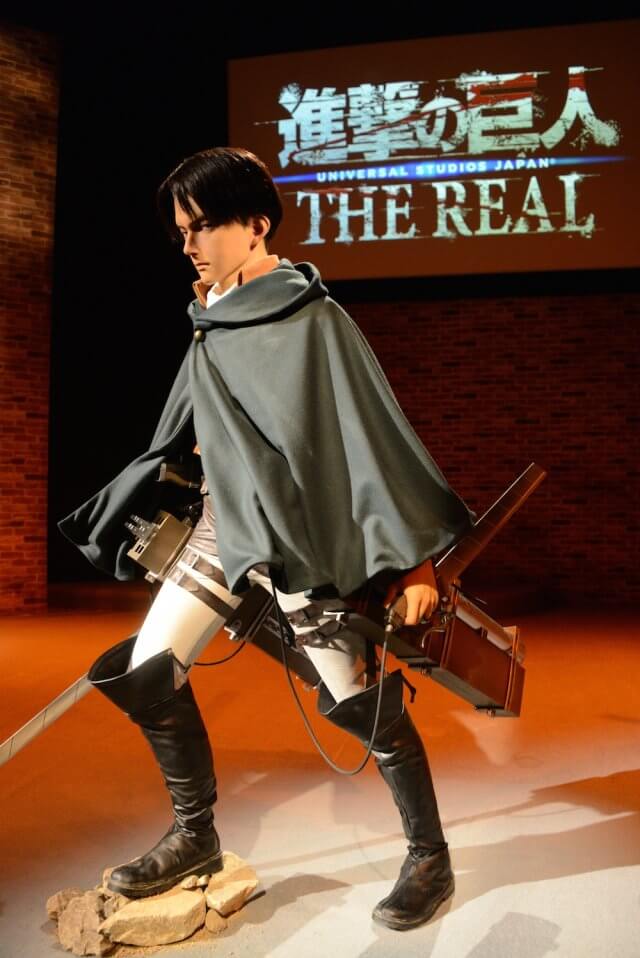 The following can best be captioned as “only in Japan.”

Popular Japanese manga and anime series “Attack on Titan” has been brought to life at Universal Studios Japan as part of their Universal Cool Japan event, open January 23 through May 10.

“Attack on Titan The Real” is a walk-through attraction featuring clips from the series and realistic statues of its characters, including giant – and somewhat frightening – creatures that would most certainly shock anyone not familiar with the source material. But its fans are definitely excited to see the Titan statues, nearly 50 feet tall, standing in the park.

Anime News Network and Kotaku were at the attraction’s opening, posting photos and video like these: Also part of the Universal Cool Japan event are new attractions based on Evangelion, Monster Hunter, and Resident Evil / Biohazard.