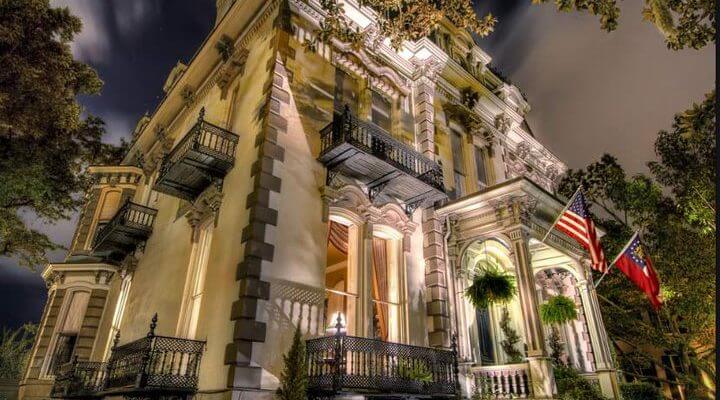 Tucked away in the heart of historic Savannah, GA, is an elegant four-floor, Second Empire style structure known as the Hamilton-Turner Inn. Built-in 1873 for jeweler Samuel P Hamilton, this gorgeous grand home still graces Lafayette Square to this day.

If its mansard roof and cast-iron balconies didn’t evoke the ethereal visions of grim grinning ghosts for Walt Disney, then maybe the Inn’s alleged haunted history did? You see, many believe that the paranormal peculiarities of this particular palatial mansion inspired Mr. Disney to dream up his infamous dark attraction. 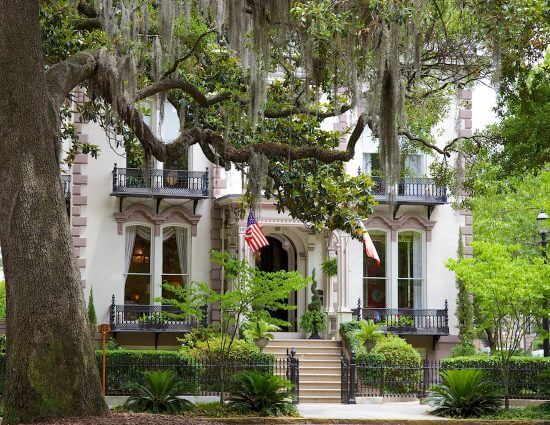 Hamilton’s historic home is a legend in Savannah. The large mansion boasted “talking pipes” and an indoor bathroom, adding to its modern marvels. Samuel Hamilton, having made good money running the Civil War blockade of Savannah, amassed a museum-quality collection of art in his lavish home. As such he hired someone to guard the home at night. This hired gun would patrol from atop the roof nightly. One evening, however, he did not complete his duty and was found murdered by a gunshot to the back of the head. The crime was never solved and as a result, dissuaded anyone else from replacing the guard. Hamilton himself assumed the duty until he passed 1899. 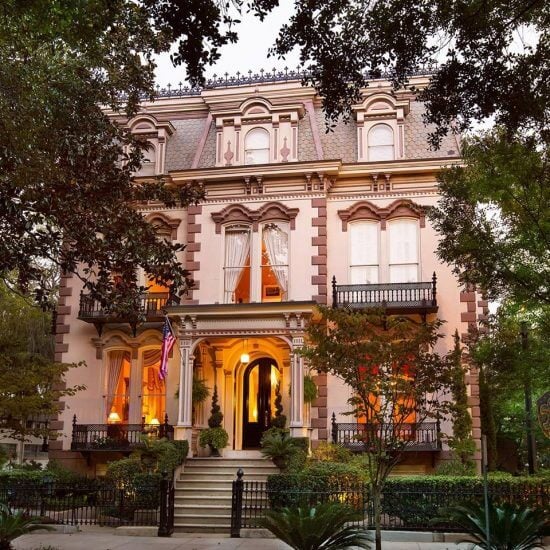 In 1915 Doctor Francis Turner purchased the small mansion.  The site would serve as both his home and practice (in the basement). It was the first in the area to have electrical illumination, a revelation that sent people scampering in fear when they were switched on for the first time. 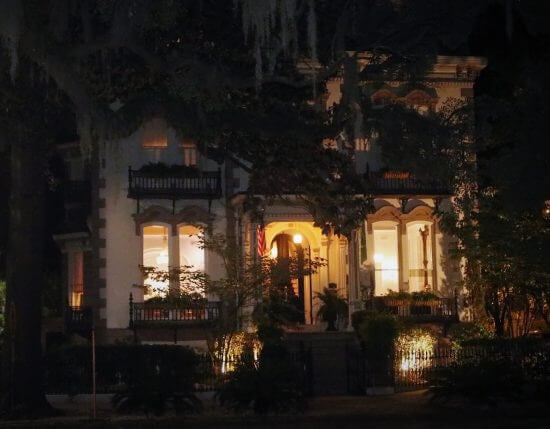 The Turners would throw extravagant parties in the adjacent Lafayette Square. Invites to these sensational soirees and especially the after-parties within the 17 room home were to die for. Unfortunately, those elaborate engagements came to a sudden, tragic end due the accidental death of the doctor’s daughter. 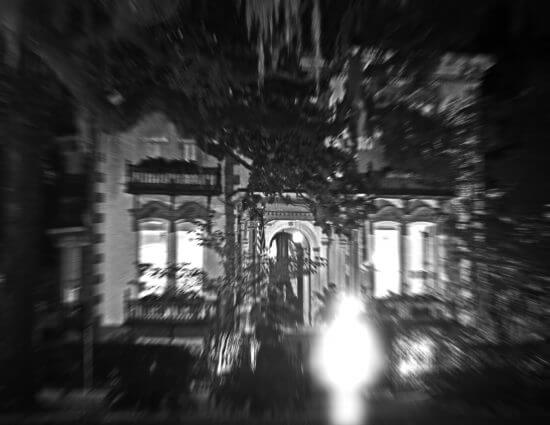 “One source claims: ‘It was rumored that Dr. Turner performed autopsies in the basement, where he met his patients. But the Turners were also known for hosting lavish parties. Their children were banished upstairs during the parties, where they would play with the balls on the billiard table. Not content with this arrangement, one night the children ‘accidentally’ rolled billiard balls down the stairs so they could retrieve them and catch a glimpse of what the adults were up to. But, one of the little girls got too close to the top step, and fell down the stairs to her death.’ Her ghost is rumored to still roll billiard balls throughout the Inn once the sky has darkened and night has descended over the City of Savannah.” –GHOST CITY 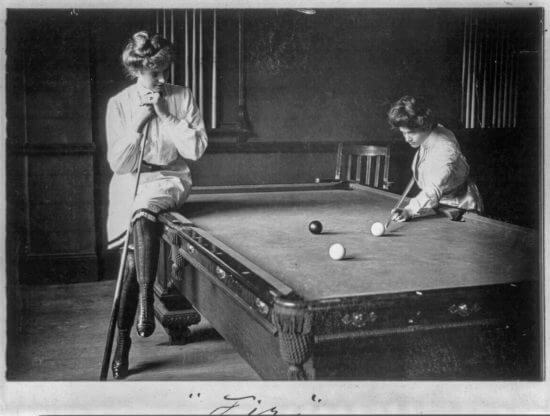 Some of the other spooky sightings include: 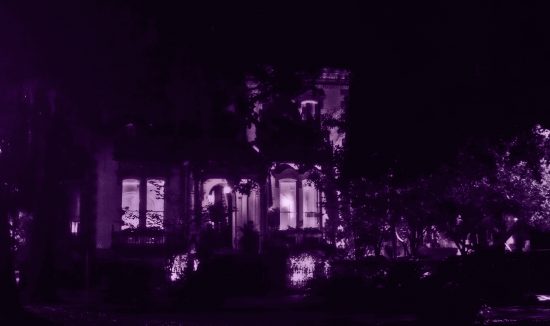 This historic home has one other alleged link to fame. I had the privilege of taking a ghost tour of the area earlier this year and was pleasantly surprised to learn that a young artist once stayed at the home. This artist would be seen, daily, sitting in Lafayette square, sketching the Victorian home. The young artist was Walt Disney. It is believed that those sketched are said to have inspired the Haunted Mansion. 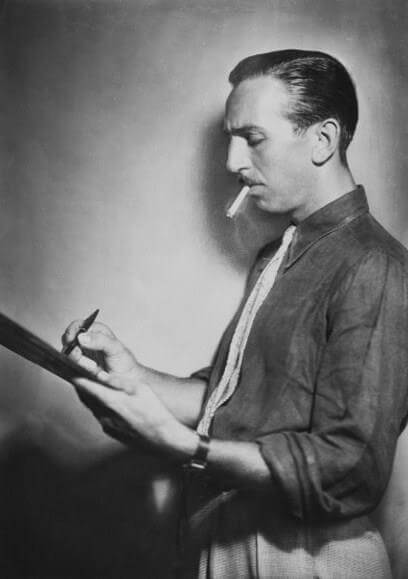 There are similarities to the mansard-roofed mansion and sketches drawn by Harper Goff for an early haunted house concept that eventually evolved into the Haunted Mansion. Though the only real similarity of Walt’s original ghostly retirement home is the foundation, Hamilton-Turner Inn does rather closely resemble another incarnation the infamous haunt: Phantom Manor. 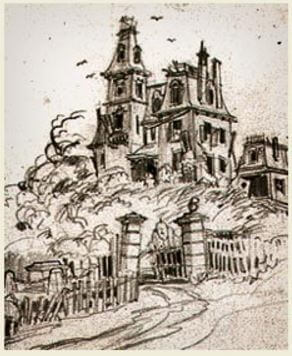 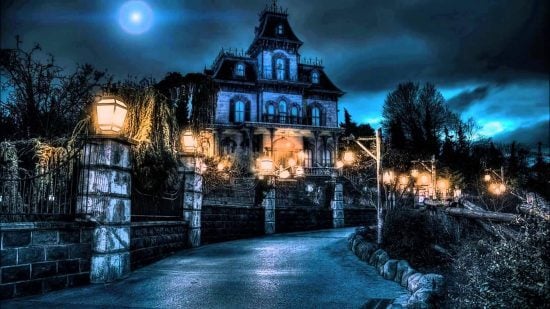 Have you visited the Hamilton-Turner Inn?  Did anything go “bump in the night” during your stay?  Please share your ghostly tales in the comments below.