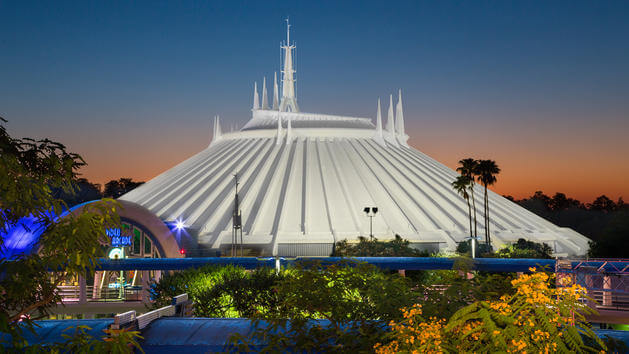 For years, theme parks like Disney and Universal have built attractions based on popular films. They brought the characters and scenery to life and put you right in the middle of it all. Then, Disney changed the game when they introduced the Pirates of the Caribbean film franchise in 2003, creating a movie based on the classic attraction.

The overwhelming success of the Pirates franchise sparked an interest in converting other attractions into films, like “Tomorrowland” in 2015 and the future Jungle Cruise film slated to star The Rock. So it should come as no surprise that, at one point, Disney was planning to make a movie based on their classic roller coaster, Space Mountain.

Screenwriter Max Landis sold a script to Disney back in 2012 for a Space Mountain film. Unfortunately, Disney halted production on the film when they purchased Lucasfilm and started filming “Star Wars: The Force Awakens” instead.

Landis, known for writing films like “Chronicle” and “Victor Frankenstein,” recently shared some information about his Space Mountain script.

“My Space Mountain movie was cool. It was a ’50s retro future movie,” Landis said. “They had rocket ships and ray guns but no cell phones and internet.”

Landis actually planned to keep the film very close to the concept of the attraction, with the characters using rocket ships on rollercoaster tracks to travel at light speed. “Another cool thing was the idea that when you come back from light speed, you’re nine and a half grams lighter but you seem normal. Then slowly over the course of a day, it turns out that the human soul can’t travel at light speed,” Landis said. “So whole ships come back with people with no souls who seem normal but then turn into horrible monsters.”

Landis went on to joke that it was no wonder his movie was never made, but was still clearly very excited about the concept. He later took to his twitter account to share concept art from the project.

if you're curious about my long-dead Space Mountain project at Disney that I mentioned on @JennyENicholson's show, here's some concept art. pic.twitter.com/zjy68WK5V1

Whether or not you like the concept of Landis’ screenplay for a Space Mountain movie, it is certainly interesting that Disney was at one time considering a film based on the classic attraction. It makes you wonder what other attractions they might still be considering.