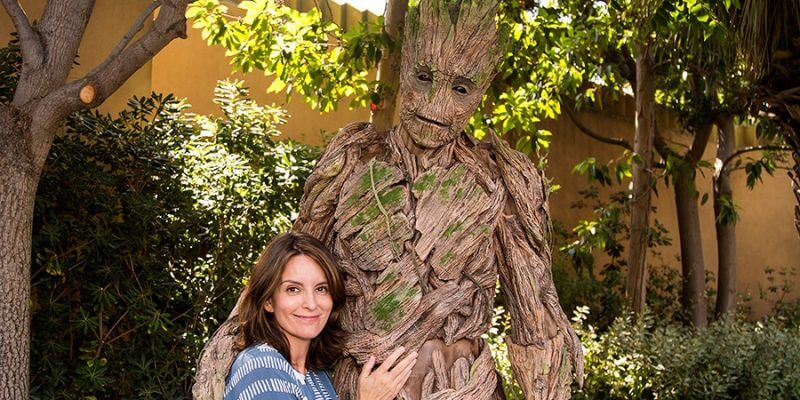 During her visit, Fey made sure to meet Groot, the towering flora colossus who counts himself as a member of the Guardians of the Galaxy. As far as her Disney credits go, Tina Fey has voiced Lisa in the English-language version of Hayao Miyazaki’s “Ponyo” (which was distributed by Walt Disney Pictures in North America) and played Russian prison warden Nadia in 2014’s “Muppets Most Wanted.”

Fey’s current series “The Unbreakable Kimmy Schmidt” released its third season this past May on Netflix.