An in-depth look at the character introduced in "Guardians of the Galaxy Vol. 2" - Inside the Magic

In recent years, Marvel has given us some of the most popular characters in film. Iron Man, Captain America, Thor and the Incredible Hulk have come to life on the big screen, much to the delight of the general public.

Most people knew what to expect from those characters before they got to the theater however. Marvel has also introduced some lesser-known characters in their films. If you could go back in time five years and ask everyone you know who Groot is, they would probably look at you like you’re crazy. Today, he’s everywhere you look.

“Guardians of the Galaxy Vol. 2” is just the latest in the line of Marvel films to bring us some new little-known characters. By now you probably know that one of the the post-credits scenes may or may not have introduced us to a very important character in the Marvel universe. This is an opportunity for you to get ahead of the game and learn some more about that character. Here is an in-depth look at… SPOILERS BELOW!!! 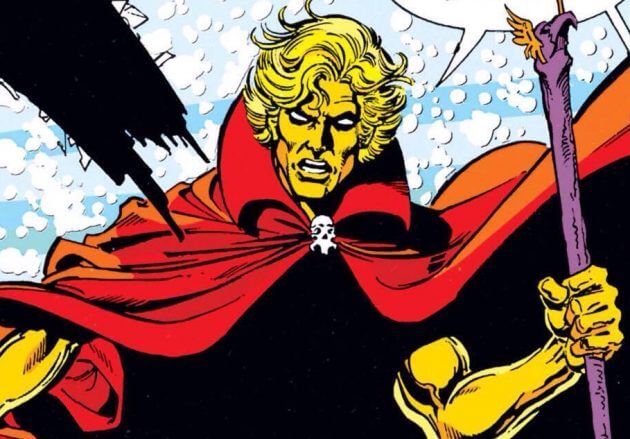 Originally known as “Him,” Adam Warlock is the result of an experimental attempt to create a superior being by a villainous group of humans known as The Enclave. Warlock quickly realized his potential and the intentions of the group and fought his way away from them and fled Earth. 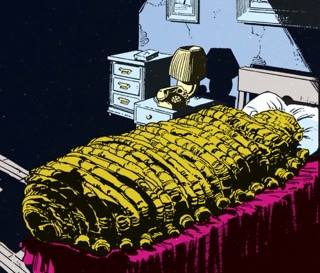 Warlock has the ability to regenerate himself in a cocoon and emerge as a fully charged supreme being with a wealth of enhanced abilities such as strength, speed, flight and many more. He does so on several occasions, most notably during the “Infinity Gauntlet” story arc in which he arrived to contest the all-powerful, gauntlet-wielding Thanos. 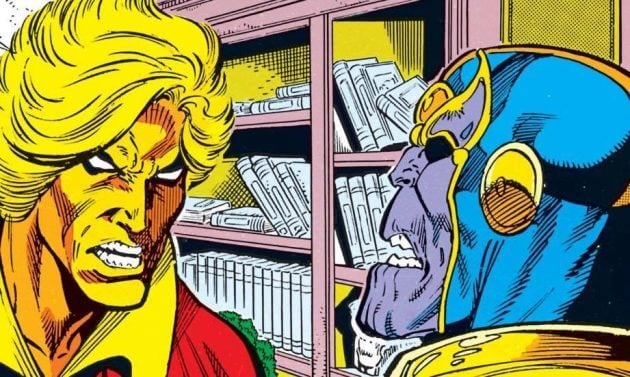 What is he known for?

Warlock’s most famous appearance came in the aforementioned “Infinity Gauntlet” story arc. When the most powerful weapon in the universe, the Infinity Gauntlet, falls into the hands of Thanos the Mad Titan, Warlock awakes from his cocoon-wrapped slumber and brings together the mightiest team of heroes and celestial beings ever assembled to confront him.

The gauntlet is powered by the Infinity Stones, which you may be familiar with if you’ve seen the Marvel films. The Tesseract, Aether, Orb, Mind Stone and Eye of Agomotto have already appeared as the first five of the six stones. Whomever holds the gauntlet, complete with all six stones, becomes the one true omnipotent, omnipresent and all-powerful supreme being in the universe.

The gauntlet has been seen twice in the Marvel Cinematic Universe in the past. It first appeared in Odin’s treasure room in “Thor.”

The second appearance came on the hand of Thanos in a post-credits scene from “Avengers: Age of Ultron.”

We’re not sure just yet how Thanos managed to attain the gauntlet from Odin’s possession, but one would imagine we will get an answer on that relatively soon.

Throughout the comics, Warlock is frequently tied to the Infinity Stones. He himself wields the gauntlet and assembles a team of heroes, known as the Infinity Watch, to protect the stones from ever falling into the wrong hands again.

Warlock is also typically linked to the Guardians of the Galaxy, joining the team for a run in a 2008 series. He joined Star-Lord, Gamora, Rocket, Drax and others in this slightly modified Guardians lineup. 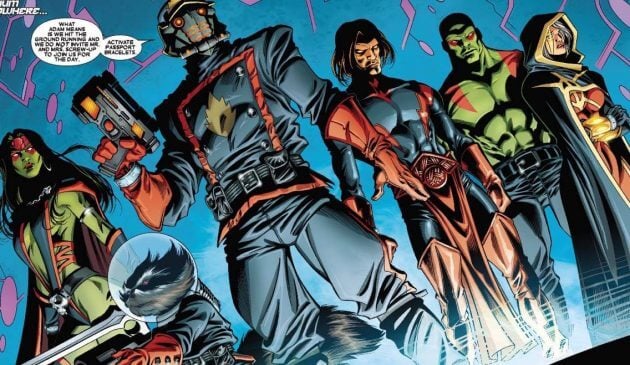 How will he impact the MCU?

Warlock may or may not have “appeared” twice in the Marvel Cinematic Universe already. First, eagle-eyed fans may have spotted him in “Guardians of the Galaxy” as a cocoon in the Taneleer Tivan’s collection. 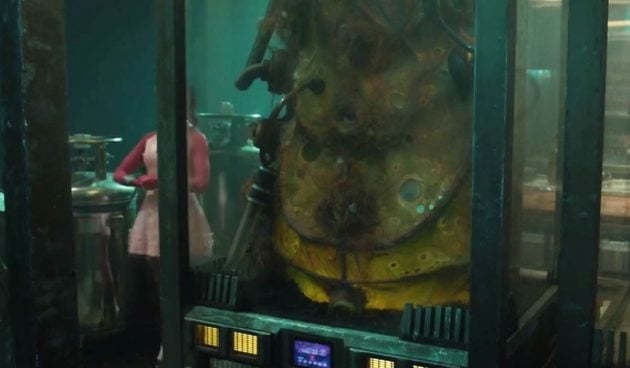 His most recent “appearance” came in “Guardians of the Galaxy Vol. 2.” In a post-credits scene, Ayesha, the high priestess of the Sovereign, explains that she is creating a being to help her destroy the guardians. She even goes as far as to call it “Adam.”

There are two upcoming films in which Warlock could make his official on-screen debut (not in cocoon form that is). Both “Avengers: Infinity War” and “Guardians of the Galaxy Vol. 3” would be great fits for Him to show up. The former of the two films though now seems unlikely because of a recent interview with President of Marvel Studios Kevin Feige.

“Adam is not in Infinity War,” Feige said in an interview with Slash Film. “That is not a tag for Infinity War.”

Feige could be trying to throw fans off the trail, but it does make it seem likely that the first time we see Warlock on screen will be in “Guardians of the Galaxy Vol. 3.”

Of course, that would differ greatly from the comics and leaves us with a big hole in the plot of “Avengers: Infinity War.” If Warlock is not there to assemble our favorite heroes and lead them into battle, how can they hope to defeat the Mad Titan? 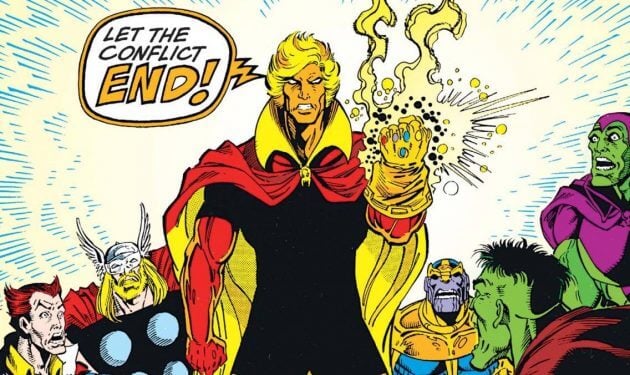 We may not know exactly when we are going to see him. At least now though, we know what to expect when we finally do see Adam Warlock.

“Guardians of the Galaxy Vol. 2” is available now on digital and on Blu-ray August 22.