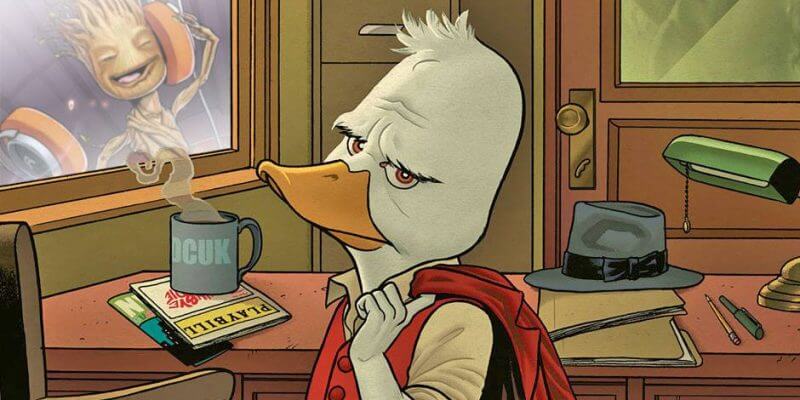 Marvel Studios just added another blockbuster to its apparently never ending collection. Guardians of the Galaxy Vol. 2 has everything that fans of Marvel films love. We get the breathtaking action, the laugh-out-loud humor, the heart-wrenching character relationships and of course, Baby Groot. (Read our review of the film for more thoughts.)

There is one other thing that hardcore Marvel fans expect to see in these films however. Comic readers wand to see more and more of the characters that they love make the jump from the page to the big screen. That’s why these films are typically jam packed with cameos from characters that you may not have expected to see. Guardians of the Galaxy Vol. 2 is certainly no different.

Here are some of the Marvel characters that we get to see on the big screen in their latest film:

I know what you’re thinking. Didn’t we see his pod in the first movie among the Collector’s… collection? While that may or may not be true, we definitely get a step closer to seeing Warlock in all his glory in this one. In one of the five post-credits scenes, we see the high priestess Ayesha of the Sovereign showing off a new sort of “birthing pod” to her chambermaid. She explains her plan to bring forth something that will help her to destroy the Guardians and even goes as far as to call it “Adam”. Marvel fans know that if this is in fact Adam Warlock, things will not exactly go according to Ayesha’s plan. Warlock could however, play a very important role in the upcoming Avengers: Infinity War.

We had known for some time that Sylvester Stallone was going to be playing Stakar Ogord in this film. His character appears to simply be a tool to provide back story for Michael Rooker’s Yondu. What most don’t know though, is that Stakar actually assembled the original iteration of the Guardians of the Galaxy. Another one of the post-credits scenes shows Stakar with his old team reassembled. This includes some fun and unexpected appearances such as Ving Rhames as Charlie-27 and Miley Cyrus as Mainframe.

This is probably the most interesting one because of the way that it came together. On top of the cameos from lesser-known Marvel characters, fans know that legendary Marvel writer Stan Lee always makes an appearance in these films as well. This time he appears with a group of characters known as The Watchers, who are always present to witness the events that our favorite heroes are enduring but are forbidden from interfering. That may not sound like much at first but this is the cool part. Because Lee was present in all of the previous movies, a popular fan theory came up that he might actually be one of The Watchers. That theory made its way all the way up to director James Gunn and he decided to have some fun with it.

“I mean you know there’s a lot of cool stuff that fans come up with,” Gunn said in an interview with RadioTimes.com. “A lot of stuff I don’t agree with, you know people have ideas about what they think should happen in the MCU.”

“But I find the idea that Stan Lee is a Watcher, or that he works for the Watchers, is just a fun little nod to the fans.”

That fan theory made it up to the big screen and brought us The Watchers in a very unexpected way. It just goes to show, you never know who you might see pop up in a Marvel film!