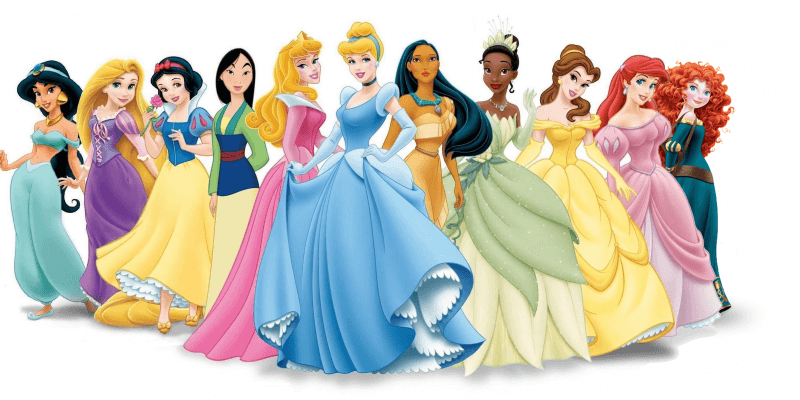 With the introduction of “Snow White” in 1937, generations of children have grown up watching Disney Princesses. There’s a lot of debate surrounding Disney Princess culture, and the characters often get a bad reputation. The animated heroines are accused of being too dependent on men, too vain and too demure, among other complaints.

Disney has taken steps in recent years to create powerful, independent female characters (see “Moana,” the first female-led Disney film that didn’t include a love story). Moana is expected to join the official Disney Princess franchise, which launched in 2000, but for now the list includes the following: Most of the discussion about the faults of Disney Princesses revolves around the first seven ladies on the list, so let’s take a deep dive into these criticisms and talk about why these characters aren’t such bad role models after all.

1. Ariel changes herself for Prince Eric

Ariel is often accused of wanting to become human just so she can be with Prince Eric, a guy she hardly knows, but she’s obsessed with the world on land before she even meets the prince. The first time we see Ariel, just minutes into the movie, she’s missing a big family event because she’s out hunting for human treasures in a sunken ship. When Ariel sings the iconic “Part of Your World,” she hasn’t even laid eyes on her future husband. Was it impulsive of her to sell her voice to Ursula in exchange for legs? Sure, but she’s a teenager who feels out of place in her own world. If anything, you could argue remaining a mermaid would be a betrayal of her true identity.

Similarly, some feel Pocahontas betrays her family by falling in love with John Smith, whose crew threatens Pocahontas’ tribe. This is hardly the first example of a forbidden love story. Romeo and Juliet did it back in 1597, and there’s a reason the tale has endured: star-crossed romance makes great drama. In Disney’s version of “Pocahontas,” she and Smith save their respective sides from war and teach the power of acceptance.

Snow White and Aurora are probably the biggest “offenders” here, with their songs about longing for love (“Someday My Prince Will Come” and “Once Upon A Dream“). In their defense, both princesses are forced to live in the forest with only dwarves, fairies and woodland creatures for company. While I’m all about the idea of being able to love yourself before you love someone else, there’s also nothing wrong with admitting you want love. Loneliness is a normal human emotion, and that feeling is expressed beautifully in these two films. Obviously, we can’t rely on “true love’s kiss” to save us, but there’s nothing wrong with believing in it.

A popular theory on the internet is that Belle suffers from Stockholm Syndrome, which causes kidnapping victims to feel affection for their captors. “Beauty and the Beast” does walk the line on this one, but at its heart, the movie is about the power of kindness and looking beyond a person’s physical appearance. Belle becomes Beast’s prisoner when she offers herself in place of her father, an act of love and bravery. Eventually, the Beast’s gruff exterior is cracked by Belle’s kindness, reminding him that he’s still human under the fur and fangs. In the end, Belle makes her own choice to return to Beast’s castle. Be wary of expecting people to transform their personalities for you, but do take a cue from Belle by treating Beasts and talking household objects with love and kindness.

5. Cinderella is saved by magic

Cinderella lives a life of sad drudgery because her stepmother and stepsisters are cruel, and there’s not much she can do about it. Her simple wish to go to the ball is denied, so her Fairy Godmother steps in to give her the night of happiness she deserves. The magic spell cast by Fairy Godmother is not just about putting Cinderella in a beautiful dress to catch the Prince’s eye. To me, this movie has always been about a good heart being rewarded. The story offers hope that magic is real, and isn’t that part of the fun of Disney movies?

6. Their body types are unrealistic

This is a criticism I can’t really argue with because the Princesses do tend to have tiny, impossible waistlines. We can chalk it up to outdated animation style, and some of the newer characters like Merida and Moana do have more realistic body types, but it’s clear that representation matters on screen. It would be nice to see a variety of body types among the Princesses, giving young viewers a look at different strong, feminine characters in action. For now, we can use the Disney Princesses to teach kids that being beautiful doesn’t solve your problems or automatically give you a personality. It’s what you have inside that counts.