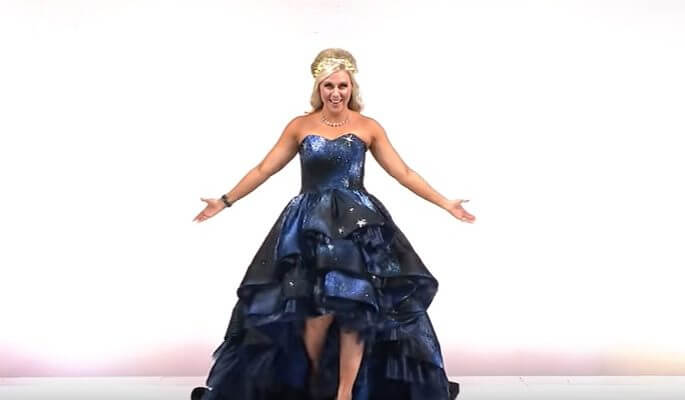 Every year, San Diego Comic-Con displays all kinds of geeky fashion. This year though, thanks to designer Andrew MacLain and founder of “Her Universe,” Ashley Eckstein, Disney might have just been the belle of the ball. Or rather, the Cinderella.

MacLain took inspiration from the iconic 1950 animated film including the fairy dust transformation and the spiral staircase of Prince Charming’s palace. Eckstein, who also voices Star Wars character Ahsoka Tano, got to reveal the dress during a fashion show at the convention.