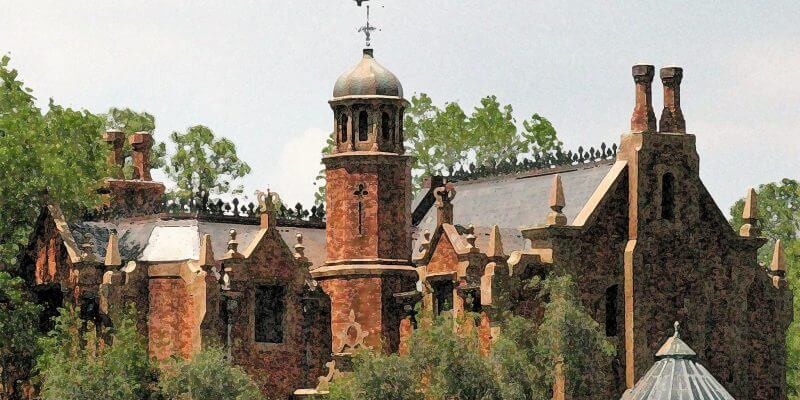 Exciting new entertainment experiences are the essence of luring guests to vacation destinations.  Offering options with over the top adventures and innovative immersions into those incidents will keep vacationers coming back for more.

With the recent announcement of Disney’s “Star Wars” hotel, we have to wonder what the future holds for this next chapter of immersive guest experiences.  ITM has put together a list of 12 possible places to stay with super-theming experiences. Imagine the thrill of wall to wall chills in a haunted hotel with elements of all four of Disney’s haunted Mansion attractions.  With freaky features like a haunted ballroom night club, an RIP restaurant or two, and themed rooms from all four  versions of the iconic haunted attraction (like the rustic wild-west feel of Phantom Manor, to the whimsical wonders of Mystic Manor) would surely bring more than grim grinning ghosts out to socialize. Glamourous with a hint of haunt, the Hollywood Tower hotel would make an exciting up-scale themed hotel to drop in on.  Imagine elevators with eerie effects and a host of creepy, yet friendly bellhops to help you to resting place for the night.  Themed rooms could even include décor/stylings from various Twilight Zone episodes.  A High Tower Hotel (Tokyo DisneySea) restaurant could round out the tribute. As the iconic centerpiece of Disney’s theme parks, and centerpiece to so many enchanted Disney tales, each mighty manor has its own charm.  With a hotel dedicated to these medieval and renaissance palaces (and others in the Disney universe) entire sections of the castle-campus could be themed to match famous fortresses like Beast’s castle, Sleeping Beauty’s castle, Cinderella’s Castle, Prince Eric’s Castle (“Little Mermaid”), Rapunzel’s Tower, Atlantica (“Little Mermaid”), Sir Ector’s Castle (“Sword in the Stone”), Elsa’s Ice Palace (“Frozen), the Horned King’s castle (“Black Cauldron) and many more. With lush tropical plants and décor, this potential property might include rooms themed to the Jungle Cruise, “Jungle Book,” “Tarzan,” ”Up,” and the Robinson family Treehouse.  It would a great place for the Adventurers club to return as a possible restaurant and could contain additional locations for Trader Sam’s and the Skipper Canteen.  There would have to be a clothing store named “Always Dress for the Hunt.”  Kungaloosh! Steampunk could take the stage in this Victorian science fiction themed destination.  Various Verne creations as envisioned by the Walt Disney Company (“Nautilus,” submarine, “Hyperion” airship, and the projectile space vehicle featured in World of Motion, etc.) could play a role in décor. Rooms could be based on either a submarine or airship theme.  It would even be nice to see a return of the Time Keeper somewhere on the property.