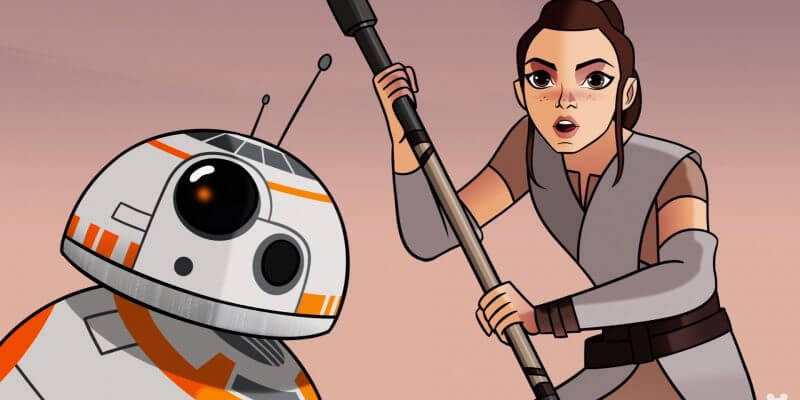 “Star Wars: Forces of Destiny” is here! The eight-part series of new animated shorts focused on the female protagonists from throughout the “Star Wars” saga has made its debut on Disney’s official YouTube page.

The first installment, entitled “Sands of Jakku,” fits in near the beginning of 2015’s “Star Wars: The Force Awakens,” just after Rey (Daisy Ridley, reprising her role from the movie) has befriended the plucky droid BB-8. The two new friends encounter a junk-eating monster lurking in the desert reminiscent of the Graboids from the “Tremors” movie series, and that monster wants nothing more than to swallow the ball-shaped droid whole!

Could this be the same creature that consumes Finn’s TIE Fighter in the film? It’s interesting to see that the “Forces of Destiny” series may fill in some gaps and/or answer nagging questions from the movies.

Seven more “Star Wars: Forces of Destiny” shorts are set to premiere over the next week on YouTube, with all of them scheduled to air Sunday, July 9th on Disney Channel.