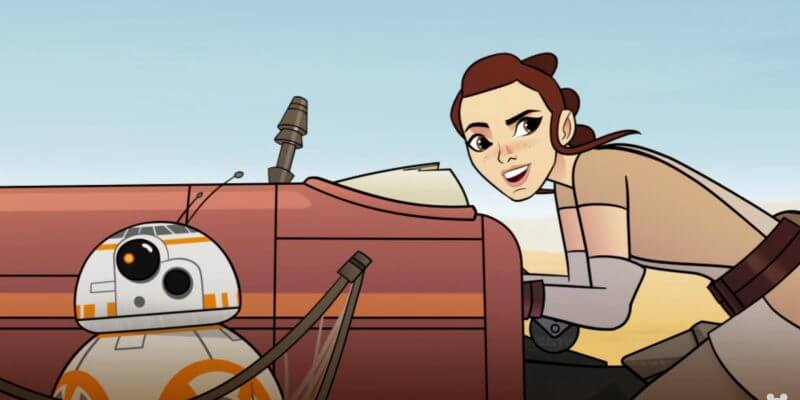 As announced at Star Wars Celebration 2017 back in April, the new series of animated “Star Wars” shorts entitled “Star Wars: Forces of Destiny” will be premiering online next week before making their way to Disney Channel. The eight shorts will focus on the female heroes of the “Star Wars” universe– namely Princess Leia Organa, Rey, Jyn Erso, Padme Amidala, Ahsoka Tano, Sabine Wren, Hera Syndulla, and Maz Kanata– many voiced by their original live-action actors.

Today Lucasfilm revealed the first extended sneak-peek trailer for the series, plus announced the specific release dates for each short.

The first of the eight “Star Wars: Forces of Destiny” episodes of will debut Monday, July 3rd on the official Disney YouTube page. The following shorts will premiere at 10:00 AM, once per day, until Sunday, July 9th, when they will all make their basic cable broadcast debuts on Disney Channel.