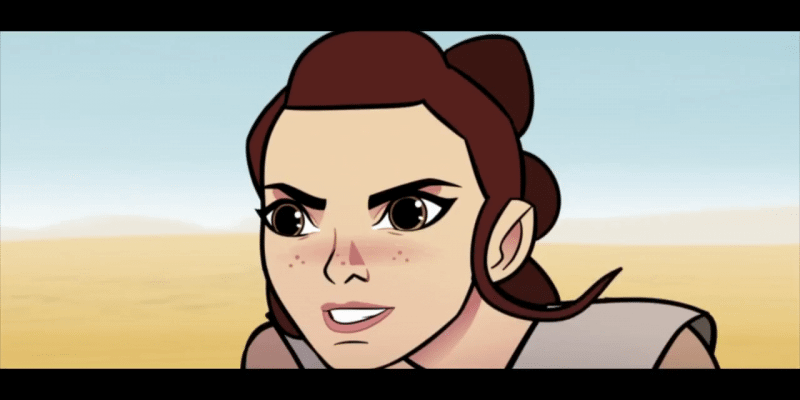 Disney and Lucasfilm are giving “Star Wars” fans more female-centric content starting this summer. “Star Wars: Forces of Destiny” will be a series of eight 2D animated shorts that focus on the universe’s female characters. Princess Leia from the original trilogy era, Padmé Amidala, Rey, and Jyn Erso will be featured in the series. Also included will be three characters from the “Rebels” series: Sabine Wren, Ahsoka Tano, and Hera Syndulla.

The shorts will be canon, with some characters crossing over into multiple episodes. One short will feature Leia rescuing Chewbacca from a Wampa, while another will see Rey saving BB-8 on Jakku.

Many of the original actresses are returning to voice the animated versions of their characters. Daisy Ridley, Felicity Jones, and Lupita Nyong’o are all coming back, and Shelby Young will be stepping in for the late Carrie Fisher to voice Princess Leia.

In addition to the series, a new line of action figures will be released. The 11-inch dolls will each come with a sidekick. For example, Hoth Base Leia comes with R2-D2. The figures will range in price from $19.99 – $24.99.

Expect to see a sneak peek of “Forces of Destiny” during the Star Wars Celebration this week, but you can also get a first look in the video below. The animated series will debut on Disney’s YouTube channel in July.