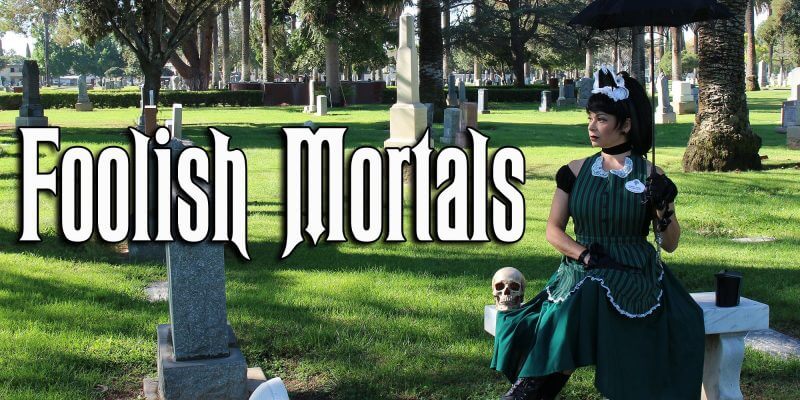 On two occasions over the past couple years, we at Inside the Magic have interviewed Southern California filmmaker James H. Carter II about his then in-production feature documentary about the fan culture surrounding Disneyland’s world-famous Haunted Mansion attraction. Entitled “Foolish Mortals,” the movie has now been completed and is set to make its world premiere this weekend at an offsite location during the after-hours of Disney’s D23 Expo fan convention.


The movie’s official synopsis is as follows:

In “Foolish Mortals,” director James H. Carter II will be digging into the lives, creative work and experiences of the countless masses who have reached out to share their interest in our mutual obsession, looking for the reasons they’re in love with this attraction while unearthing the ghostly materials within. Some of the people scheduled to appear in the film are Disney legend Rolly Crump, artist Topher Adam, Jason Surrell, Robert Kurtzman, Dutch Bihary, Terri Hardin, Mike Mendez, Spooky Dan Walker, Lance Henriksen, and many more! The screening will take place this Saturday, July 15th at 7:00 PM at the Red Lion Hotel on Harbor Boulevard in Anaheim, adjacent to the Disneyland Resort, accompanied by a costume contest, cocktail creations, and much more creepy fun!

Visit the screening’s official EventBrite page for tickets, and use the promo code “ITM” to get a full 50% off of the admission price. This discount ticket offer will expire on Thursday, July 13th. And check out the official “Foolish Mortals” website for more information on the film.