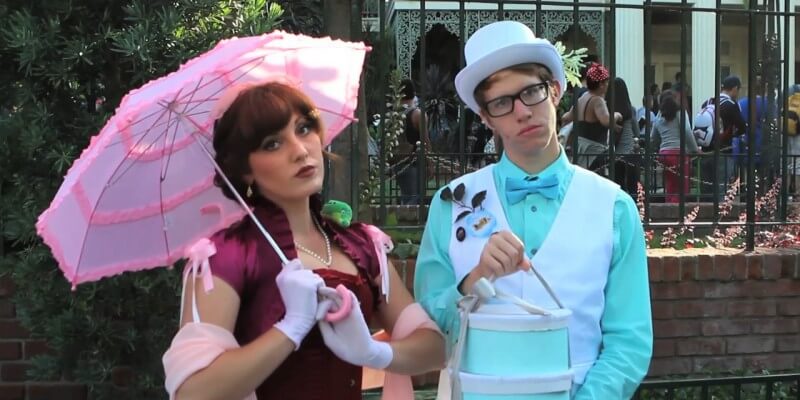 Ever since its debut in 1969, Disneyland’s Haunted Mansion has been a cornerstone of theme park fandom. Undeniably one of the most beloved attractions in Disney history, the Haunted Mansion continues to draw countless new devotees with each successive generation, and to inspire boundless creativity in its passionate group of followers.

Now one fan is seeking to explore the world of Haunted Mansion fan culture and take an in-depth look into the reasons why so many have fallen under the attraction’s charms over the past 47 years. The Kickstarter campaign for the upcoming documentary “Foolish Mortals” is currently underway.

From the “Foolish Mortals” press release:

Monster Movie Media and Octacle are producing a documentary about fans of the iconic Disney attraction, The Haunted Mansion. The film will be produced by Ryan Grulich and directed by the host of the “Creepy Kingdom” podcast, James H. Carter II.

The film plans to answer the question: what is it that about a creepy dark ride in the middle of the happiest place on earth that draws so many different types of people to it? The crew will be traveling all over the country to talk with hardcore Haunted Mansion fans to discuss how this attraction has impacted their lives.

Visit the official “Foolish Mortals” website to learn more about the project, or simply go directly to the project’s Kickstarter page to pledge your support!