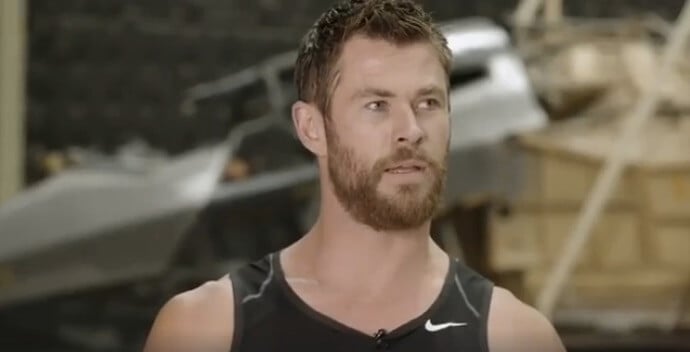 Chris Hemsworth has hilariously expressed his unhappiness with Thor not being a part of the Russo brothers‘ “Captain America: Civil War” in the past. This might take the cake though.

Thor himself took a break from filming “Avengers: Infinity War” and stumbled upon some of the Russo’s “research” for the film. He wasn’t exactly thrilled with what he found.

As we’ve learned in the past, when Thor isn’t happy, we get a hilarious video of him displaying his displeasure.

Just stumbled across a little secret Avengers rehearsal by The Russo Brothers.