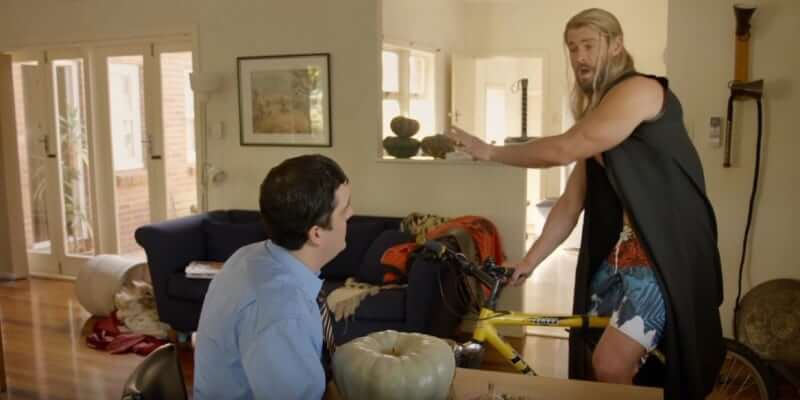 “Thor: Ragnarok” director Taika Waititi has his roots in comedy, as he previously directed several episodes of the HBO series “Flight of the Conchords” and then co-wrote and co-directed the hilarious vampire comedy “What We Do in the Shadows”.

During production of the next Thor movie, Waititi and star Chris Hemsworth put together a series of short sketches concerning Thor’s roommate Daryl, who is continually exasperated by the irritating antics of the Asgardian God of Thunder. Today Marvel released part two in that series.

To watch the original “Team Thor” mockumentary short from the “Captain America: Civil War” Blu-ray, check out the tweet from Marvel below:

See what Thor was up to during #CaptainAmericaCivilWar! Get this & other bonus on Dig HD 9/2 https://t.co/tWbG2IIs9hpic.twitter.com/M97y6CM1Mg

The second clip will be released with “Doctor Strange” on home video starting today on Disney Movies Anywhere and Digital HD, and then on Blu-ray two weeks from now.