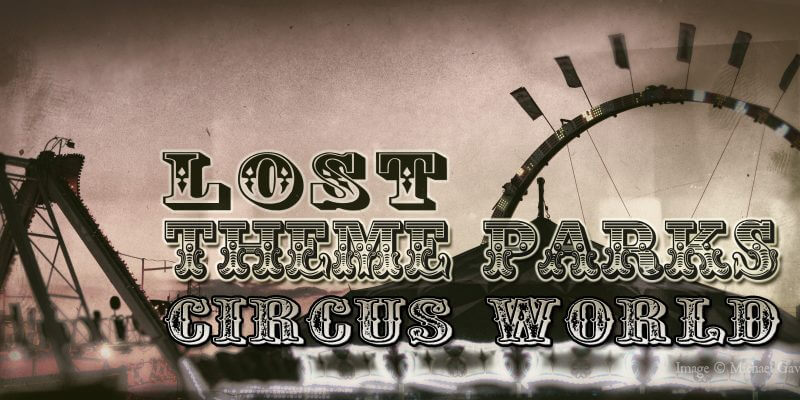 With the closing of Ringling Brothers Barnum and Bailey’s Greatest Show on earth this month it is only fitting that we turn our Lost Theme park attention to Florida’s Circus World.

Two years after Disney’s Florida Project started taking its first guests (1973), a large circus tent appeared at the corner of Interstate 4 and Highway 27 (just southwest of the Magic Kingdom) in Haines City FL.  This oversized tent-shaped building was a preview center for Circus World. 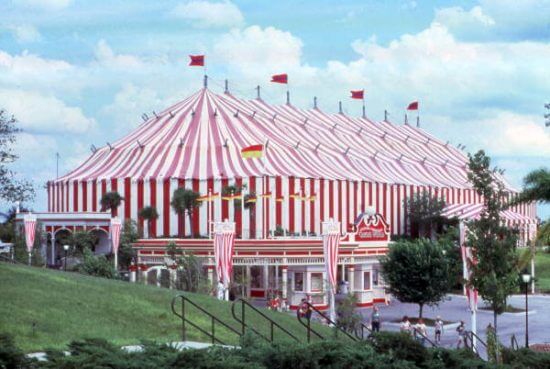 The preview center was built and operated by the Feld family, who also owned and operated Ringling Bros. and Barnum & Bailey Circus.  It was their hope to attract enough interest to have the site become the circus’ winter home and become a theme park.  Within the red and white striped building, in 1973, was a large IMAX screen along with a collection of circus memorabilia. 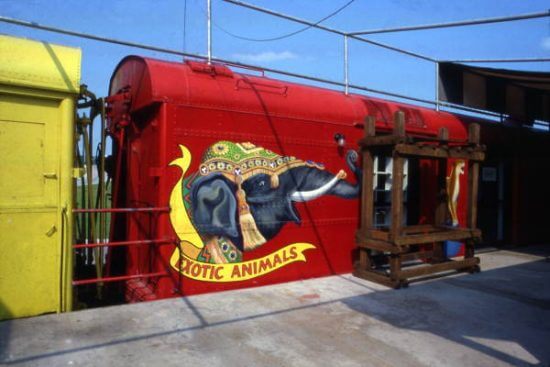 Over the next several years amusement rides and attractions were added.  The preview center began its path toward theme park status.  The large tent-shaped building became a circus arena with live animal acts, clowns, and feats of daring accomplishments.  Those same fantastic feats, with the help of professional performers and industry safety gear, were offered experiences for brave guests. This opportunity to “join” the circus (with running away) was called “The Day the Circus Came to Town.” 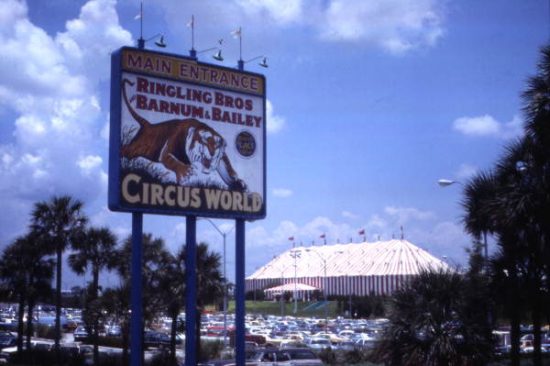 The Feld family sold their circus interests, including Ringling Brothers and Barnum & Bailey Circus, to toymaker Mattel in 1975.  Reluctantly, Mattel, who had tried to sell off the park, began to invest in the site. 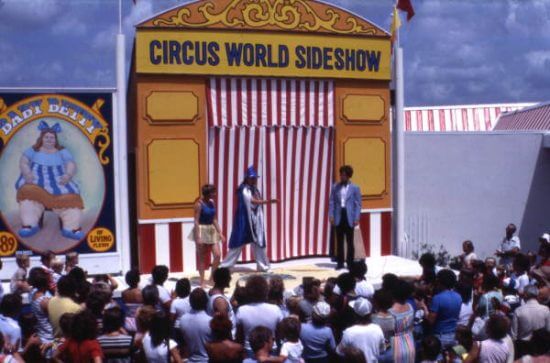 Over the next thirteen years numerous attractions, amusements, and shows were added to Circus World. The impressive wooden roller coaster, “The Roaring Tiger” as well as other amusement rides like the “Enterprise” added to the adventure. 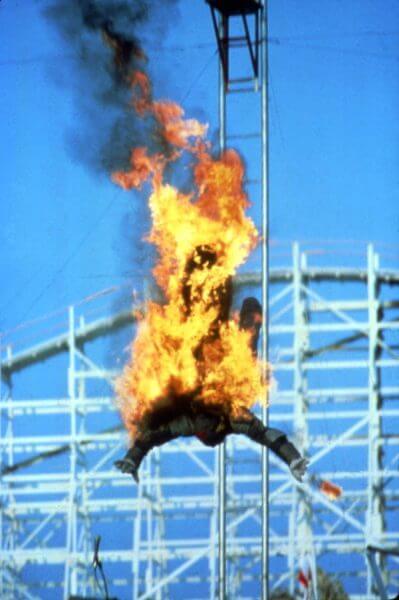 Animals were also a big part of the circus experience.  In addition to having the world’s largest elephant barn, a petting zoo, Polar bear exhibit/performance, and even rodeo was added to the mix. 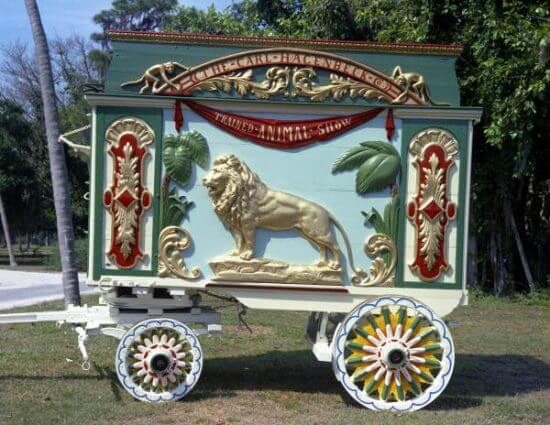 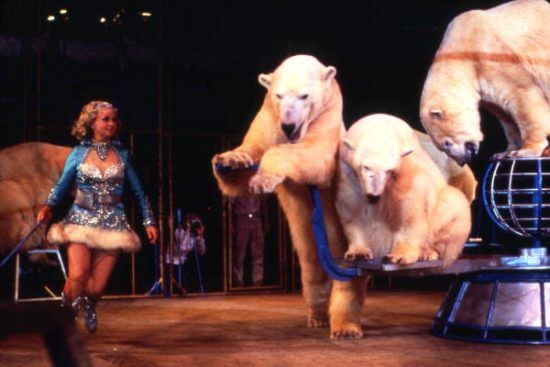 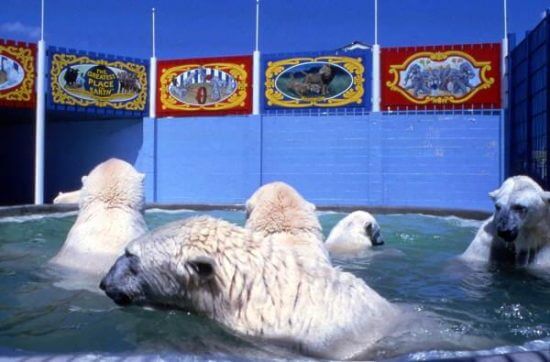 Clowns were everywhere.  From painting faces to performing under the big top and even riding along on a carousel, circus clowns delighted visitors at almost every turn. 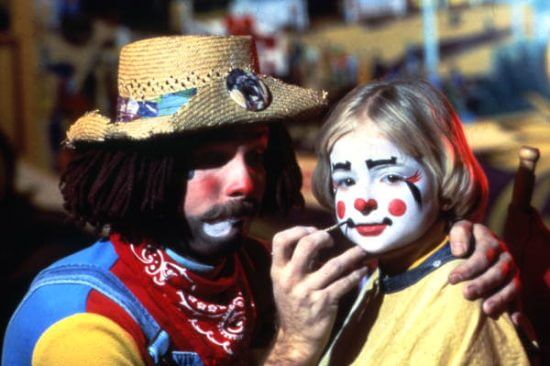 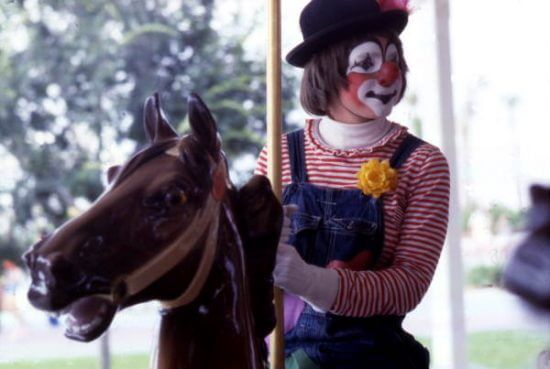 The park even had its own parade.

When Mattel finally managed to find a buyer for the park (1984), it was sold at a bargain for only $10 million.  Mattel had already sold the traveling Ringling Bros. circus back to the Feld family two years prior. 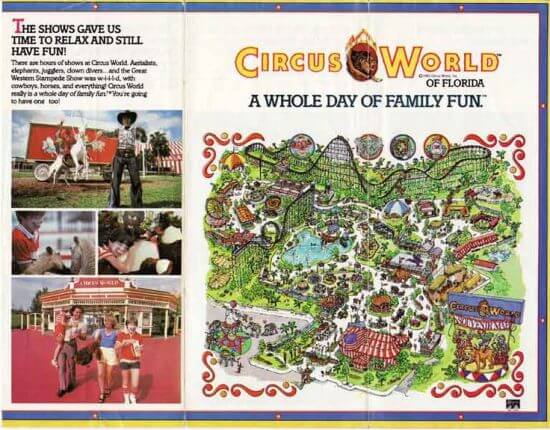 Circus World’s new owner, Jim Monaghan, added a giant Ferris wheel and a new roller coaster during the two years he owned it. 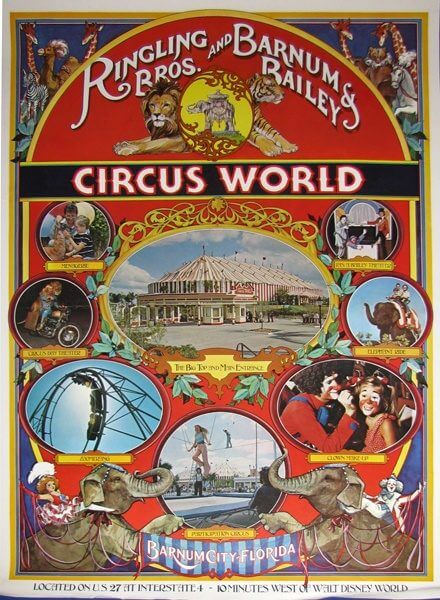 Along with Sea World and Cypress Gardens, publishing company Harcourt Brace Jovanovich purchased the park in 1986.  The new owners promptly closed the park after determining that a new theme for the site was needed.  The circus-themed attraction had never really managed to attract large crowds.  Their new park, Boardwalk Walk and Baseball would open a year later, but that’s a Lost Theme Park story for another time.

Did you ever visit Circus World?  Perhaps you were a performer there?  We’d love to learn about your memories of Circus World; please add them to the comments below. 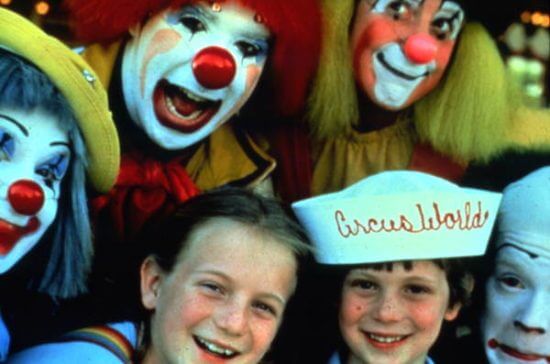 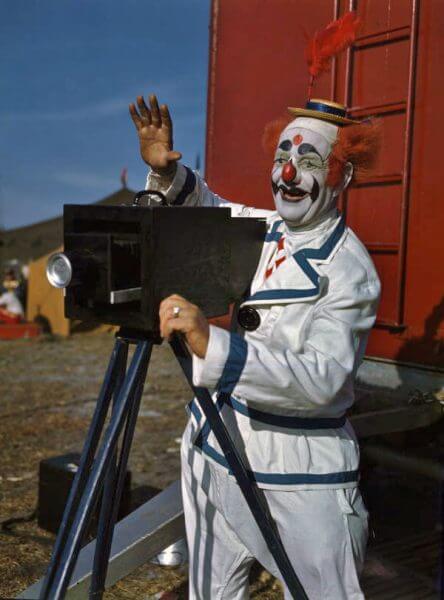