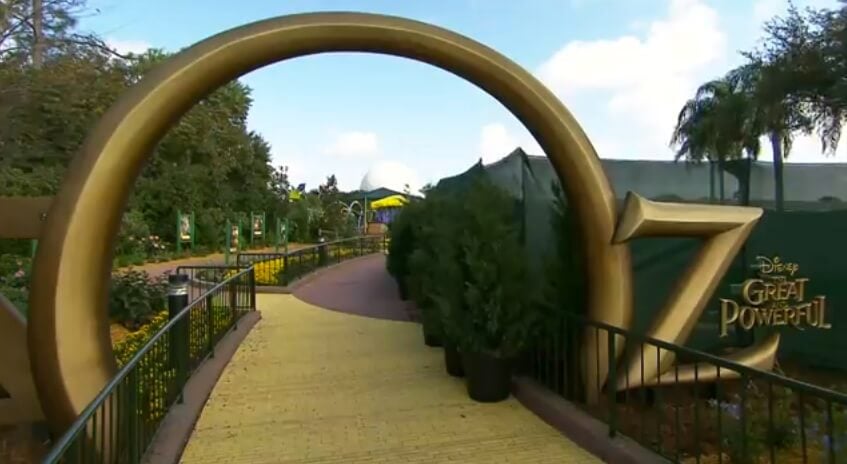 Though scheduled to be part of the 2013 Epcot International Flower & Garden Festival, Walt Disney World Land has opened The Land of Oz Garden early at Epcot, the festival’s largest-ever garden.

Featuring a downed hot air balloon and a yellow brick road leading to circus-themed games inspired by the upcoming Disney film “Oz The Great and Powerful,” the area will remain open through the end of the Festival, which begins March 6 and runs through May 19, 2013.

Video: Tour of The Land of Oz Garden at Epcot “Oz The Great and Powerful” film floats into theaters on March 8, 2013.