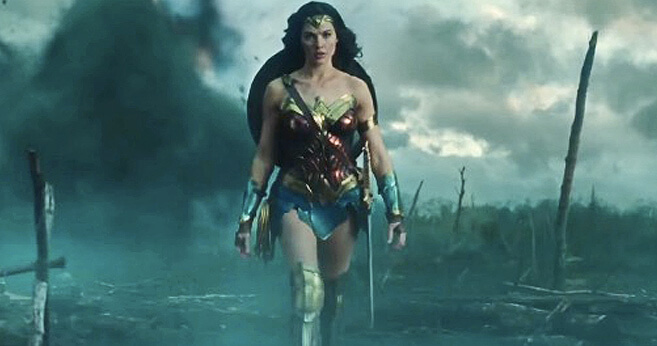 Superhero movies have obviously been all the rage for more than a decade now. While that doesn’t really show any signs of changing anytime soon, the success of DC’s recently released “Wonder Woman” might lead to a slight tweak to the formula.

We’ve seen a plethora of films featuring popular male heroes like Iron Man, Captain America, Spider-Man, Wolverine, Batman, and Superman, just to name a few. And while there are still plenty of heroes to choose from, it may be time to switch over to a source that has been left largely untapped.

That’s right. We may be entering the age of the Superheroine movie!

Wonder Woman is, by far, the most iconic female comic book hero. That doesn’t mean there isn’t an incredible amount of amazingly strong female characters to choose from though. Marvel alone has some fantastic choices and they obviously recognize this with the upcoming “Captain Marvel” movie slated to star Brie Larson.

A Black Widow film has also been talked about for a long time, and Scarlet Witch has made quite an impact on the Marvel Cinematic Universe already. Those characters aside though, there are still a lot of superheroines that Marvel could devote a feature film to.

Related: You Won’t Believe Which Female Superhero Earned the Most Cash

Here are a few: Jennifer Walters took a blood transfusion from her very big, very angry, and very green cousin, Bruce Banner. His radioactive blood transformed her into the powerful She-Hulk, giving her all of the abilities of the Hulk at a reduced level.

Walters is not only a strong hero in her hulk form though. She is also a hero in the courtroom as a criminal defense lawyer. This balance of science-fiction powers and real-world strong characteristics makes her a great candidate for her own movie.

On top of that, it creates a great opportunity to get Bruce Banner into another small role on the big screen. It could even bridge the gap to Marvel’s television series “Daredevil” as Walters could easily cross paths with Matt Murdock in the courtroom. I know. This seems like a list of female counterparts to popular male heroes. If you really look into her character though Spider-Woman couldn’t be more different from Spider-Man.

Jessica Drew was injected with a serum that gave her powers like superhuman strength, endurance agility, and reflexes. She can also fly and emit energy projections from her hands.

More interesting than her powers though is her history. As a teenager, Drew was abducted by HYDRA and brainwashed to work for them. Eventually, she realizes HYDRA’s true nature and cuts her ties, but she still has to deal with all of the terrible things she did for them. This makes her an incredibly complex character and one that would almost certainly become popular with her own movie. This one is very interesting. Not only would this be an opportunity for Marvel to showcase one of their strongest female characters, but also one with a handicap. Maya Lopez has incredible endurance, speed, and hand-to-hand combat skills. She is also deaf.

As a child, Lopez watched her father die in front of her. He left a bloody handprint on Maya’s face which led to her donning a white handprint on her face as the hero known as Echo. Her history and her disability become more of a strength than a weakness for this resilient character.

Lopez has multiple run-ins with Daredevil and even eventually joins the Avengers, making it very easy to tie her into the existing cinematic Universe.

These are just a few examples of the great female characters Marvel has to draw from. With “Wonder Woman” being a massive hit and “Captain Marvel” just around the corner, it wouldn’t be surprising to see some more superheroines on the big screen.