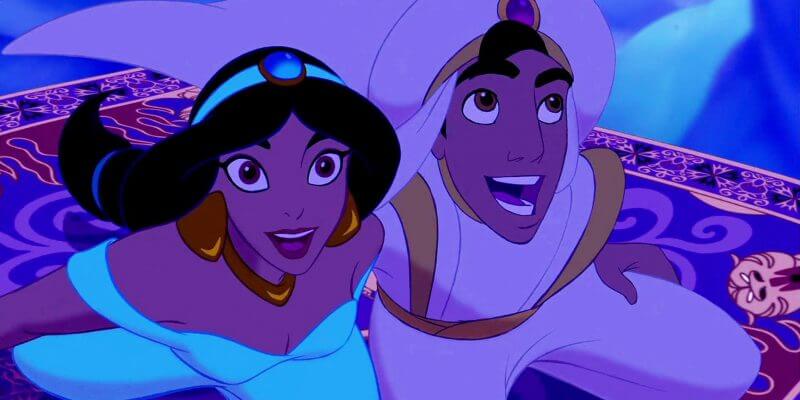 Disneyland‘s highly-popular nighttime show “Fantasmic!” went on an extended hiatus sixteen months ago when the park’s Rivers of America were shut down for construction of the Star Wars expansion area and rerouting of the Disneyland Railroad’s track path. Now as we gradually approach the reopening of those attractions, it’s almost time to experience “Fantasmic!” once again at Walt’s original Magic Kingdom, in a modified and updated form.

Today Disney released a tantalizing preview image of one of the brand-new scenes that has been added to “Fantasmic!” for its return to Disneyland: the flying carpet sequence from “Aladdin,” complete with fog effects and of course the beloved song “A Whole New World.” This scene will hopefully help fill the gap left by Disney California Adventure’s sorely-missed live show “Aladdin – A Musical Spectacular,” which was replaced by “Frozen – Live at the Hyperion” last year.

Disneyland has not yet announced a re-opening date for the Rivers of America, the Disneyland Railroad, or “Fantasmic!” but indications are that information may be coming very soon.