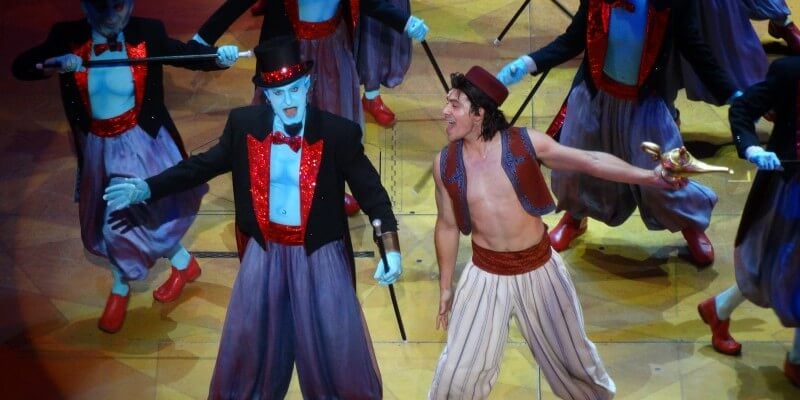 This past Sunday, January 10th, brought the end to numerous long-running Disneyland Resort attractions, some temporarily and some on a more permanent basis. Among the definitive departures is the much-beloved “Aladdin: A Musical Spectacular,” which ran at the Hyperion Theater in Disney California Adventure for thirteen years.

In September of last year it was announced that the “Aladdin” show would shut down in favor of an upcoming “Frozen” musical to be installed at the Hyperion sometime later this year. The final “Aladdin” show payed tribute to the dozens of actors and hundreds of creative behind-the-scenes talents who helped bring the show to life.

Check out highlights from the show in the following video, including the unique introduction, the extended Genie riffs, and the celebratory final curtain call:

You can also watch the final performance in its entirety below: