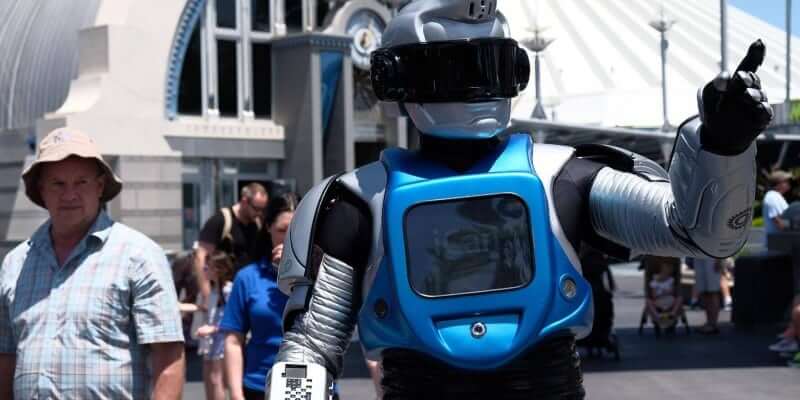 It seems we won’t have to wait until Star Wars Land opens in two years to interact with robots at Walt Disney World.

Enter iCan, the new interactive humanoid robot that’s now making daily appearances in Tomorrowland at the Magic Kingdom. This new “droid,” if you will, appears to be a replacement of sorts for the fan favorite Push the Trashcan, who last appeared in Tomorrowland in 2014.

Much like Push, iCan’s routine has him rolling around Tomorrowland, joking with theme park guests.


Now, iCan isn’t exactly a Disney creation – nor is he new by any means. The same type of interactive robot character has been seen at special events nationwide for many years. (A quick YouTube search reveals many results.) But this doesn’t mean Disney hasn’t added its own talent to the somewhat off-the-shelf robot, providing some fun guest interactions that are anything but robotic.

And it wouldn’t be surprising if the brains behind Star Wars Land were watching closely to see how well guests converse with a robot like this. iCan may not be the droid you are looking for, but those from a galaxy far, far are certainly coming soon.

For those that still miss Push the Trashcan, here’s a look back at his amusing antics: