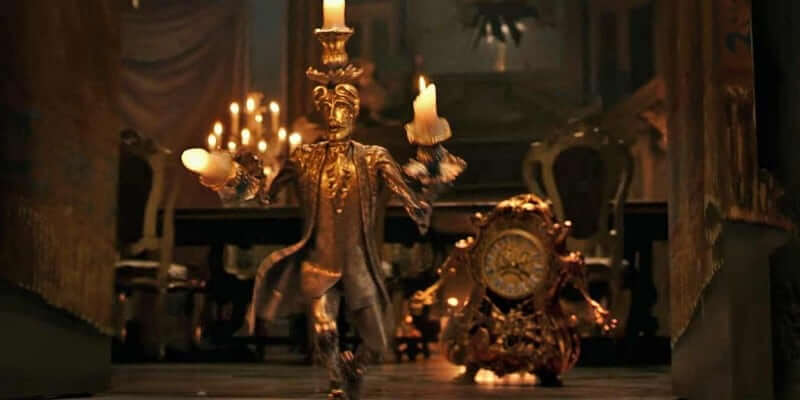 In the latest clips, we see Belle (Emma Watson) being released from her cell by the anthropomorphic candelabra and clock characters Lumiere (voiced by actor Ewan McGregor) and Cogsworth (Sir Ian McKellan), and her understandably-surprised reaction to meeting such unusual creatures.

And in the second clip, Lumiere and Cogsworth prepare for the movie’s big “Be Our Guest” musical number, by making sure the kitchen staff is ready to serve Belle her first dinner during her stay in the Beast’s enchanted castle.