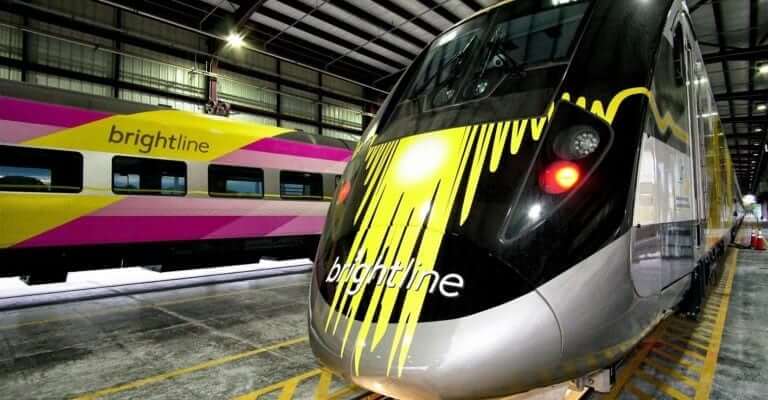 Efficient high-speed rail transportation has been a big part of many idealized visions of the future for quite some time. And now at least one project that has been in the works over the past few years is finally coming to fruition: an express train line between Miami and Orlando.

The new railroad line, built and owned by private company Brightline, has made significant progress in its construction and is set to open with limited service between West Palm Beach, Fort Lauderdale, and Miami this September. An expansion to Central Florida will then follow, with a terminal planned for the Orlando International Airport.

Once it’s in full operation, the BrightPink express line, as this branch will be called, will offer South Florida residents a better, faster way to get to the Walt Disney World and Universal Orlando Resorts (driving between the two points can take up to four hours, while the train will take only three for its 235-mile journey).

And of course, Walt Disney World guests who have booked the Land and Sea packages will have a much easier time reach Miami for their Disney Cruise Line departures. Be sure to visit Brightline’s official All Aboard Florida website for more information.