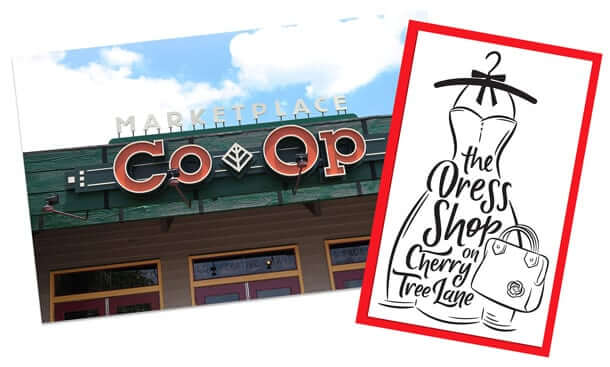 Disney Parks Merchandise has–once again–found a way to make us willingly hand over every last cent we have with its announcement of The Dress Shop coming to Walt Disney World. Expected by the end of this month, The Dress Shop is coming to the Market Place Co-Op in Disney Springs and will showcase a new fashion line that captures nostalgia for Disney Parks in a retro-inspired collection of apparel and accessories, and it is so fantastic that it may begin to change the way some guests dress for the parks.

We designed The Dress Shop collection for guests who want to emulate their favorite Disney characters or theme park attractions in a fun, retro way. These items aren’t costumes, rather the collection contains perfect outfits for guests who have a passion for Disney style.

Taking note of the current demand for vintage trends in the clothing industry and combining that with guest input about Disney’s most loved attractions, the designers for The Dress Shop created an incredible line that gives attention to the details that avid Disney fans go crazy about for. Expect to see styles that pay tribute to Walt Disney’s Enchanted Tiki Room, “it’s a small world,” The Haunted Mansion, and The Twilight Zone Tower of Terror as well as specific characters like Minnie Mouse, Snow White, and Alice. The dresses can be enhanced with matching accessories that complement themes. For example, handbags that reference a poisoned apple, the White Rabbit, and even a Hollywood Tower Hotel suitcase will be released alongside the selection of dresses.

It’s worth noting that the dresses are perfectly suited for tropical weather as well as entirely functional for a busy day in the parks. With the increasing popularity of “Disney bounding” and more women returning to skirts and dresses in everyday wear, it is entirely possible that the introduction of this collection will influence a gradual change in the look that some guests choose for their visits to Disney Parks. The Dress Shop on Cherry Tree Lane will open on March 31 with a small celebration in its honor held throughout the weekend. Special activities are planned for those that stop by like a fun trunk show that puts the new collection on display.

Vault 28 in the Downtown Disney District of Disneyland Resort will see select items from the collection released there on March 31 as will the Magic Kingdom for a limited time beginning in mid-April. The collection will not initially be available, however, through the Shop Disney Parks app or the Disney Parks online store.