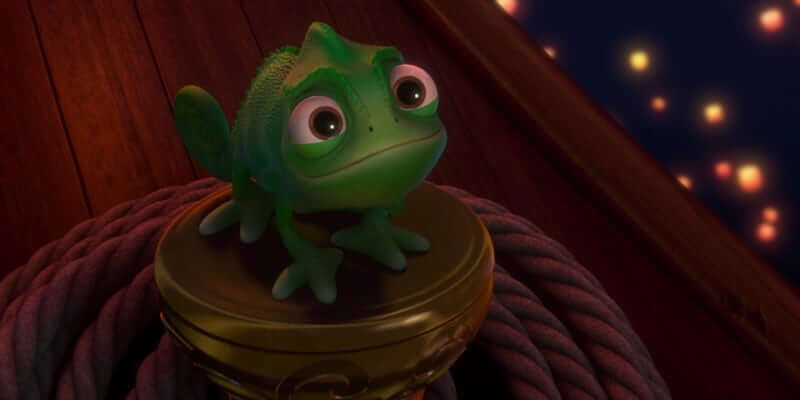 Last Saturday, Disney pulled back the curtain a bit and let the attendees of an SXSW panel see a sample of some new technology headed for Disney Parks in the future. Jon Snoddy, Senior Vice President for Research and Development, shared how robotics and artificial intelligence are being developed to play a role in the Disney park experience:

I think AI [artificial intelligence] and machine learning is going to be very important for what we do. Things like characters that can move around among our guests. They’re going to need to understand where they’re going, have goals, and they’re going to have to know how to navigate in a world with humans. All these emerging technologies are going to be key to the next generation of entertainment.

Footage of a robotic Pascal, the cute chameleon from Disney’s feature film “Tangled,” was shown as an example of what may come. Snoddy discussed the importance of replicating the characters so that they are lifelike without becoming creepy or disturbing. “Obviously, we’re not in the business of scaring kids,” Snoddy joked as he explained how Disney’s capability to create these types of robotic characters is being strengthened with research, trial and error, and even a limited amount of exposure to guests.

For Disney, it is about creating an experience in which its guests will be emotionally invested via characters and tales that interact and relate.

Unfortunately, the SXSW footage is not publicly available, and no announcement was made as to when we might see more characters like Pascal enter Disney Parks, but with all of the new lands that will be opening in the coming years, we trust that it may not be too far off.