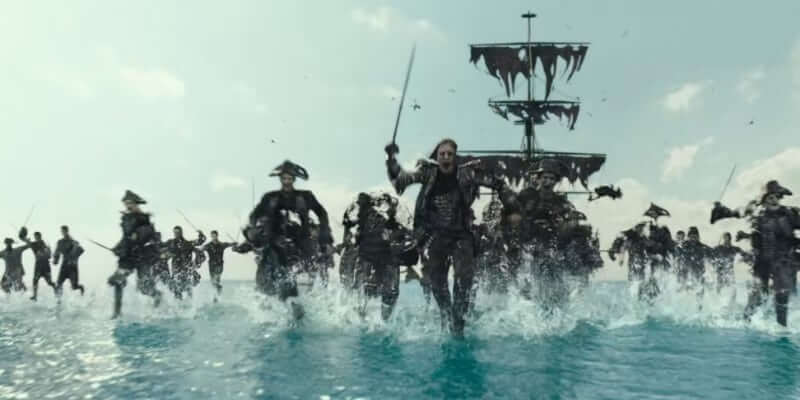 In the company’s second big reveal during the commercial breaks of Super Bowl LI, Disney debuted the new TV spot for ” Pirates of the Caribbean: Dead Men Tell No Tales”.

The movie stars Johnny Depp as Captain Jack Sparrow, Geoffrey Rush as Barbossa, Javier Bardem as Salazar, and features the return of Orlando Bloom as Will Turner.

The studio also revealed a new poster for the movie highlighting Jack Sparrow with the film’s title on his lips: “Pirates of the Caribbean: Dead Men Tell No Tales” will be released to theaters nationwide on Friday, May 26th.