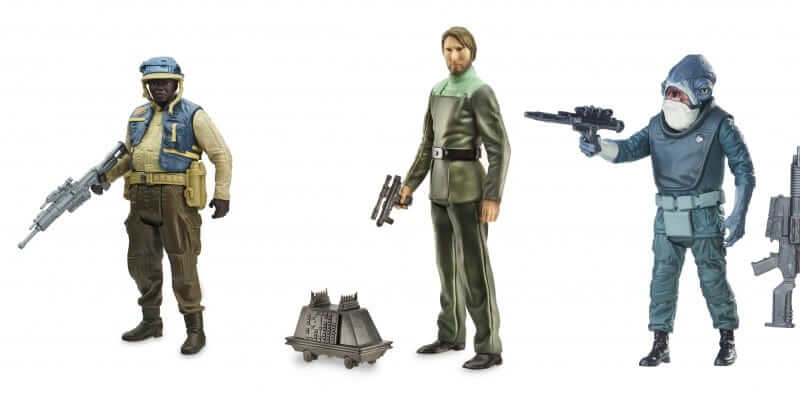 It’s been playing in theaters for well over a month now, and “Rogue One: A Star Wars Story” has become a certified hit, both critically and financially. So that means it’s about time for Disney to put out a second wave of tie-in merchandise to assist with continued promotion of the movie. And what type of merchandise is Star Wars better known for than toys?

Today Hasbro released photos of some new “Rogue One” 3.75-inch action figures heading to retailers, including the much-requested Galen Erso (played by actor Mads Mikkelsen in the film), the Mon Calamari Admiral Raddus, and Rebel soldier Lieutenant Sefla. Also soon-to-be-available is a two-pack containing Captain Bistan and an Imperial Shoretrooper. As part of the much larger 12-inch scale of toys is the imposing Imperial Death Trooper Electronic Duel Figure, which features authentic battle sounds activated by pressing its legs together. The above toys are scheduled to become available this Spring, with the exception of the Electronic Death Trooper, which is coming to stores this Fall.

Comments Off on PHOTOS: New “Rogue One” and “Rebels” Star Wars toys officially revealed by Hasbro