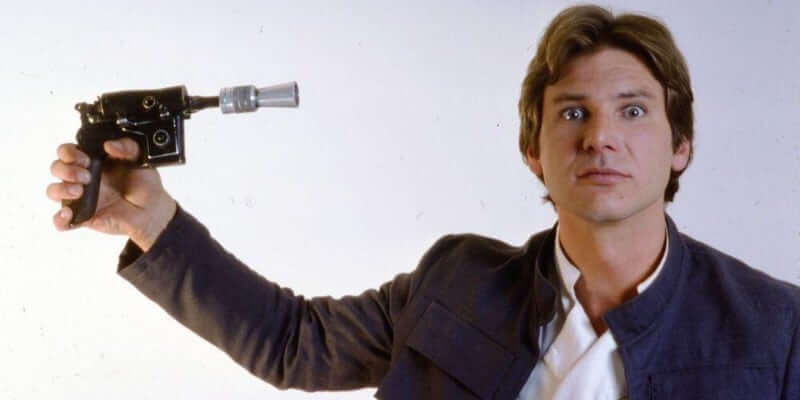 As you’re probably aware of by now, everyone’s favorite smuggler and nerf-herding scoundrel Han Solo is getting his own Star Wars backstory spinoff movie, the second in the standalone “Star Wars Story” series, after this past December’s “Rogue One”.

Today co-director Chris Miller (who’s working with his longtime creative partner Phil Lord) announced via Twitter that production had begun on the film, with a photo revealing the movie’s secret working title: “Star Wars: Red Cup”. Think about it.

The three words included in Miller’s tweet were also something of a Star Wars in-joke: “HAN FIRST SHOT”. We know from 2014’s “The Lego Movie” how clever Lord and Miller can be, so we can only imagine how much fun the “solo” Han Solo adventure will turn out.

The as-yet-untitled Han Solo movie stars Alden Ehrenreich as a younger version of the scruffy-looking hero, and is currently scheduled for release on May 25th, 2018.