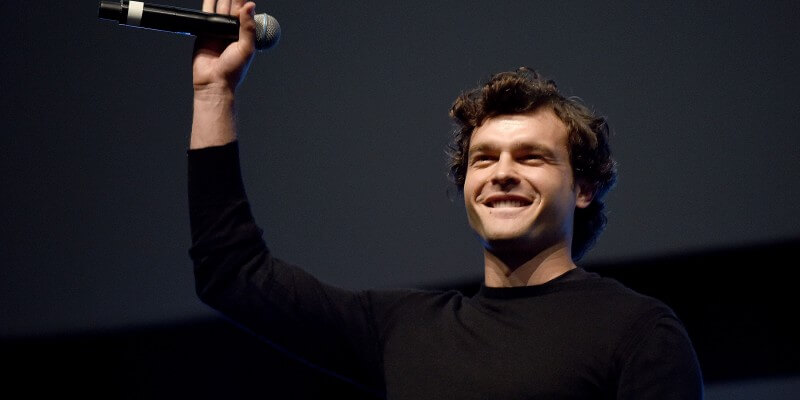 The filmmakers behind the new Han Solo standalone film auditioned thousands of actors for the part but ended up selecting the very first actor that tried out for the coveted part.

That was just one of the revelations at the star-studded Future Filmmakers Discussion that closed the Star Wars Celebration Europe event over the weekend, with actor Alden Ehrenreich officially introduced to Star Wars fans as the new face of Han Solo. Filming for the as-yet-untitled Han Solo Anthology film is set to take place in late January or early February of next year, according to co-director Phil Lord.

“We thought this was the hardest casting challenge of all time. They were the biggest boots to fill,” said co-director Chris Miller, according to Variety.

The movie will center around Han Solo before the events of “A New Hope” but little was revealed about the plot at the panel. “I sort of relate to him,” Lord said. “He doesn’t want to do anything he is told. He is very sarcastic and at the end of the day he is unreasonably optimistic. He is a grouchy, cynical guy with the biggest heart in the galaxy.”

Miller added, “He’s a maverick, a scoundrel. He is clever but he’s not smart. He wants to present himself as this tough guy but he is lovable. He is one of the most iconic characters of all time.” After a star turn in the Coen brothers’ film “Hail Caesar!”, Ehrenreich sounds ready to fill in the shoes of the legendary Harrison Ford in the legendary role of Han Solo, no easy task for sure.

“I read the sides and I loved them,” he said. “I auditioned for six months. The coolest part was I went on the Falcon for a chemistry test with Chewbacca. It was unbelievable. It was more exciting than nerve-racking.”