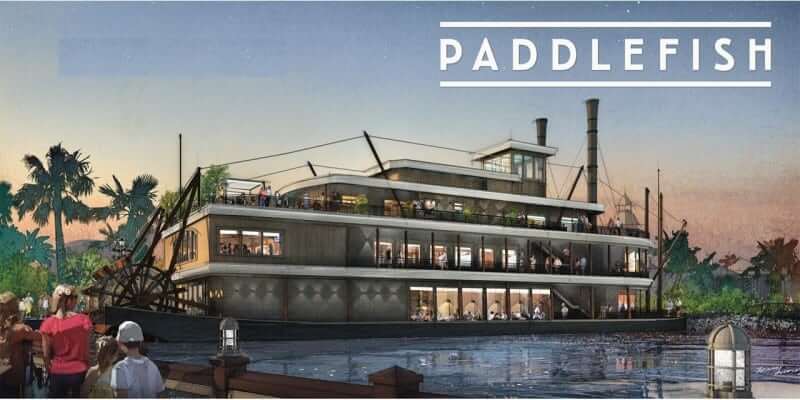 The Paddlefish Orlando restaurant has confirmed via its official Twitter account that the opening date will be Saturday, February 4th.

We are excited to announce that our doors will open on February 4th, 2017. Take a #SneakPeek of Paddlefish. pic.twitter.com/CyJPsMYjQo

Back when Fulton’s Crab House closed for renovations almost a year ago, we had no idea it would take as long as it has to completely makeover and (as it was later announced) fully rebrand the famous seafood restaurant– themed to look like a steamboat– in Walt Disney World’s luxurious shopping district Disney Springs.

Now, after several delays, the exclusive dining experience is finally set to re-open sometime around the end of January or beginning of February, according to sources inside the company. Paddlefish also revealed today, via a news release on the Disney Parks Blog (which also included a tantalizing interview with General Manager Jimmy Kraus), a wide array of new drinks and menu items that will be available once the restaurant begins service. Take a look at the photos below and start building up an appetite for the to-be-confirmed opening date just a few weeks from now!