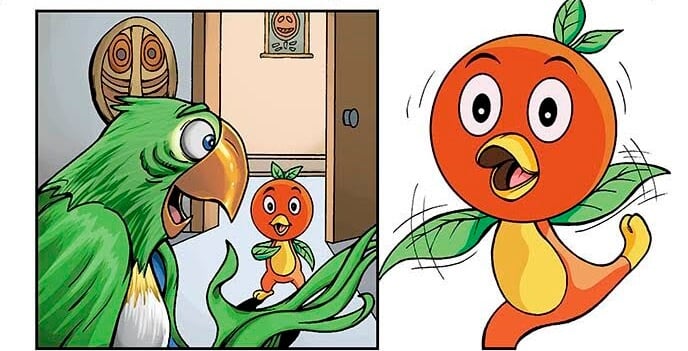 It’s a wonderful time to be a Disney Parks fan who is also an avid comic book reader! As we’ve covered here in the past, the Disney Kingdoms series from Marvel Comics has been gradually making its way through a number of attractions from the parks and turning them into high-quality comics suitable for all ages to enjoy!

From Big Thunder Mountain Railroad to Figment to The Haunted Mansion, Disney Kingdoms has been delivering laughs and thrills to Disney fans for several years now. Their current series, “Enchanted Tiki Room,” combines the tropical flavor of the beloved attraction that originated at Disneyland under the guidance of Walt Disney, with an irreverent sense of humor aimed at contemporary audiences.

While the first installment of “Enchanted Tiki Room” is already on sale, we’re proud to present an exclusive preview of issue #2. The following three images represent different covers that will be available once the comic hits stores.

And here’s a preview of some of the art from the inside of the book by comic artist Horacio Dominguez, and featuring a cameo by none other than Disney’s Orange Bird himself! Looks terrific!