Based on and inspired by Epcot’s classic Journey Into Imagination attraction, “Figment” #1 is a joyous read, beautifully drawn in a style that captures the essence of Disney while maintaining its own original feel. 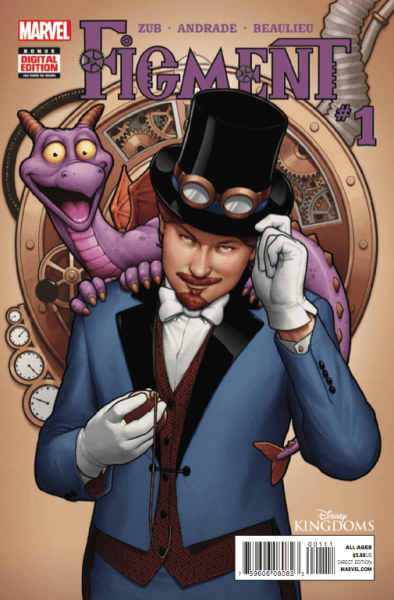 This first “Figment” comic introduces the character Disney fans know as Dreamfinder, calling him Blarion Mercurial. He’s a young inventor at what seems to be a prestigious scientific London institution, under scrutiny for his wild ideas. (You know, electron beams, crystal prisms, gyroscopes, and magnetisms…) 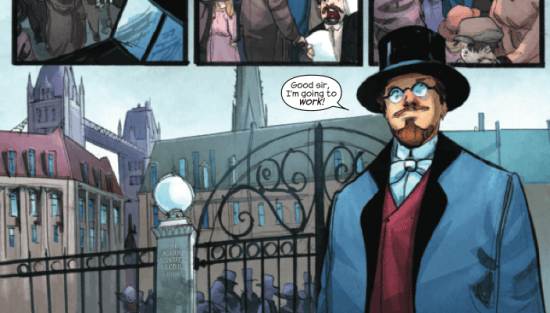 It’s here that Blair inadvertently conjures a figment of his imagination, in a moment straight out of the ride’s famous Sherman brothers song, “One Little Spark.” 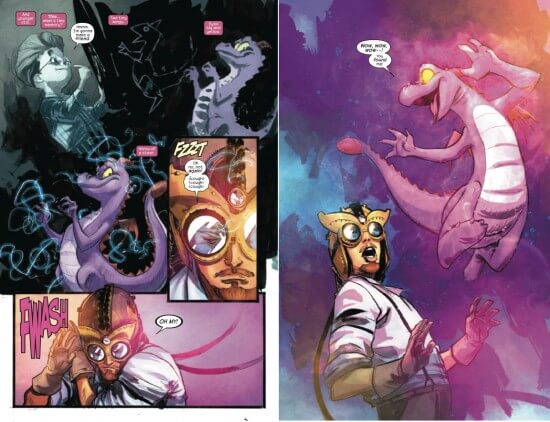 The character of Figment in this first issue is written so perfectly that his words easily come off the page as if spoken in his recognizable, boisterous voice.

In addition to the obvious lead character connections to the ride, Disney fans will already pick up on a few other references, including the Future World font used in the comic’s titles. 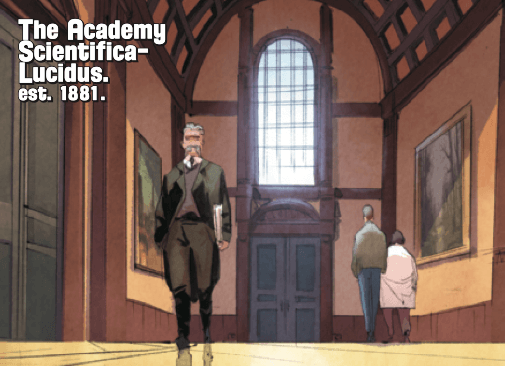 Related : Figment Turns ‘Inside Out’? Disney Fans Ask For a Retheme

Though the current version of Epcot’s Journey Into Imagination attraction isn’t the best that’s ever been, the classic spirits of Dreamfinder and Figment are indeed alive in the new Marvel / Disney comic, obvious that those who created it are fans of the original experience.

This second installment in the Disney Kingdoms series is even stronger than the first, appealing to adults and kids alike with a fun blend of sci-fi and fantasy fun. I will definitely keep reading. 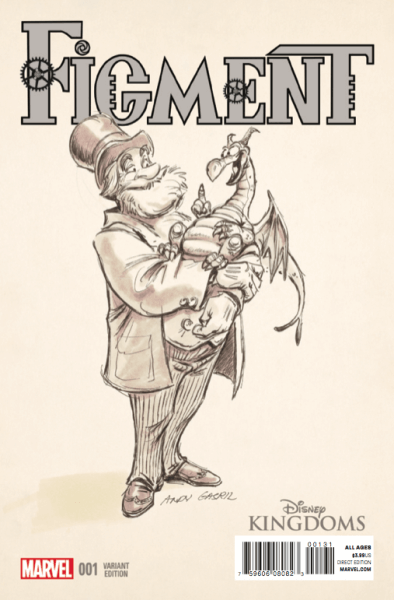 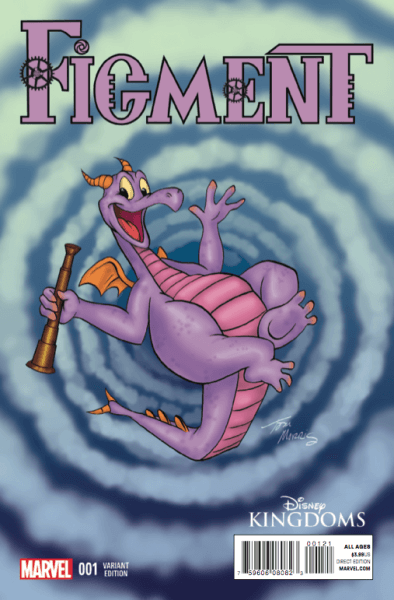