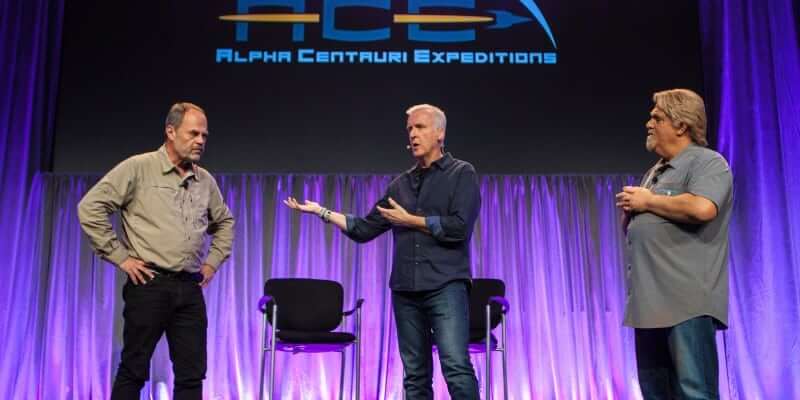 D23’s Destination D event over the weekend brought in a number of big names in the Disney community like Joe Rohde and Bob Chapek to host informative panels on various Disney projects–past and present. We had a chance to chat with a few of the panelists more intimately to ask them a bit about their experiences within the company. Some of them had some interesting stories to tell. Screenwriter, Jared Bush, gave a great presentation about the research that went into the making of Disney’s latest film, “Moana.” Detailing the true story of a people who once navigated the Pacific and then suddenly stopped for a millennium, Bush explained how that became the inspiration for a story about a girl who goes great lengths to discover herself and–in turn–the lost identity of her people.

In our chat with Jared, he not only explains this fascinating backstory but he also discusses some of the challenges he faced as a screenwriter for the film, his delight in finding Moana’s voice, and the message that he hopes everyone takes away from it all. Film producer, Don Hahn, and Walt Disney Archivist, Becky Cline shared some endearing stories about the Academy Award-Winning series, True-Life Adventures. There are difficulties and ethical questions involved when observing and filming nature, and Becky and Don tossed those issues out there as food for thought. During our more intimate chat with them, they explored that topic a little more in depth and also covered how the past projects of the True-Life Adventures series has influenced Disney’s efforts in its production of the Disneynature films. As an Imagineer, Wyatt Winter, was given the incredible task of bringing the story of “Frozen” to the Norway Pavilion in Epcot.  His assignment was to preserve the elements fans love about the film but also present a fresh experience that would seamlessly combine an imaginary land with a real-world country. In our conversation with him, Wyatt relayed some of the challenges he faced as well as the inspiration he found as he took on one of Epcot’s more recent “makeover” projects. Entertainment Show Director, Tom Vazzana, quite possibly stole the entire show with his animated and passionate presentation about the new holiday show at Disney’s Hollywood Studios, “Jingle Bell, Jingle BAM!” In his play-by-play commentary of the Christmas spectacle, he pointed out countless hidden “Easter eggs” and nods to Disney’s history in entertainment.

When we talked with Tom, he dove even deeper into some of those easily-overlooked treasures and gave us some more insight into how the presentation came together. Tony Baxter, participated in a number of interesting panels over the weekend, covering the gamut in terms of the career of an Imagineer. Discussing Disney’s theme parks all over the world and the creative process that takes place behind closed doors, Tony held a captive audience with his tales.

When we spoke with Tony, he shared even more stories about what has gone on behind-the-scenes of attractions like Indiana Jones Adventure as well as the evolving technology that affects the Disney experience. Imagineer Ambassador, Marty Sklar, presented a tour through the earliest concepts of Adventureland and the roles that Harper Goff, Bill Evans and other designers brought to the table. During our chat with him, we got a few more stories even beyond where he explained a bit about the development of World Showcase, the Jungle Cruise and even the Pirates of the Caribbean ride in Shanghai.