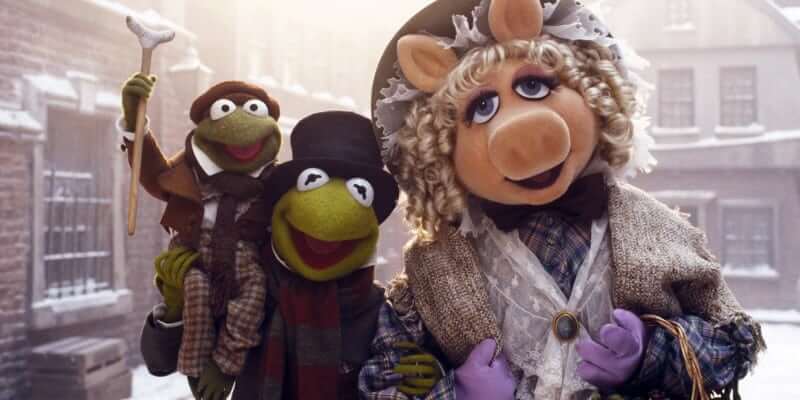 It seems what was old is new again. Nintendo 8-bit games, Star Wars, Westworld, and even Furby toys have made the return from childhood’s past.  The Muppets are no exception. Even though their ABC TV series was canceled, the zany Jim Henson realm is regaining popularity.  With a brand new PizzeRizzo and their inclusion at Liberty Square (both at the Walt Disney World Resort in central Florida), the Disney owned franchise is certainly making more memories than ever.

Kermit and company was another childhood staple, appearing on The Muppet Show from 1976 to 1981.  This half-hour zany variety show also featured a virtual who’s who of Hollywood as guest stars (appearing alongside many Muppet favorites like Gonzo, Fozzy, Miss Piggy, the Swedish Chef, Animal, Dr. Bunsen Honeydew and his faithful assistant Beaker).  The first three seasons were released on DVD (psst. . . Disney. . .we’re STILL waiting on the remaining seasons!).  The show’s popularity spun off several movies and specials.  As the holiday season is once again upon us, and with no less than nine television specials, a feature film and more, we thought it might be nostalgically nice to revisit some of Mr. Henson’s Holiday magic. . .

In December of 1970 (pre-dating the classic TV series), The Great Santa Claus Switch aired on CBS as an episode of The Ed Sullivan Show. The only character from the series was Gloat, who eventually became Gonzo.

Another Henson holiday highlight was Emmet Otter’s Jug-Band Christmas (based on the Russell & Lillian Hoban book). This 1978 special (for HBO), also did not feature any of the cast from TV series, though some of the creatures/puppets from the show did make cameo appearances in The Muppet Show TV series.

John Denver and the Muppets: A Christmas Together, which aired on ABC December 5, 1979, marks the first television special to include the series cast.  The show was only aired once.  The soundtrack album of the same name is more widely known and still available today.

The Christmas Toy, which only featured Kermit as more of a host (and has no other characters from The Muppet Show), is a Henson tale about toys that come to life and one tiger who again wants to be the favorite toy at Christmastime.  This TV special was shown on ABC in December of 1986.

A Muppet Family Christmas is an extra special treat as it also included characters from Sesame Street, Fraggle Rock and The Muppet Babies (portrayed as puppets). Christmas is enjoyed by all at Fozzie Bear’s mom’s home for the holiday in this one hour 1987 ABC special. In addition to playing Kermit, Jim Henson also makes an appearance as himself (pay close attention to the kitchen near the end of the show).

Based on Robert Barry’s book, Mr. Willowby’s Christmas Tree featured Robert Downey Jr., Leslie Nielson and Stockard Channing along with Kermit as narrator and host of other (non-Muppet Show) Muppets.  The story centers around finding the perfect tree for the season in this CBS, 2005 television special.

NBC, in 2008, aired A Muppets Christmas Letters to Santa.  After forgetting to mail some letters to Santa, the gang decides to head to the North Pole to deliver the letters in person.  Mayor Bloomberg, Whoopi Goldberg, Jesse L Martin, Uma Thurman, Paul Williams and Nathan Lane all make appearances in this classic Christmas special.

The most recent Muppets holiday special was a 90-minute collaboration with Lady GaGa.  Lady Gaga and the Muppets’ Holiday Spectacular was shown on ABC in November of 2013.  This Thanksgiving variety/musical number-formatted holiday special featured many of Lady Gaga’s hit songs, including Kermit joining in on the song “Gypsy”.

There were two of these Holiday themed gifts, one made for television and the other for the big screen.

Universal Studios produced the 2002 made-for-TV film: It’s a Very Merry Muppet Christmas Movie.  In this tip of the hat to It’s a Wonderful Life, the cast of the TV show Scrubs along with Whoopi Goldberg, David Arquette and Joan Cusack join the Muppets in this Yuletide treat. Mel Brooks makes a cameo as the voice of the snowman/narrator.

Over the past few years, Disney has been releasing short Muppet music video type comedic gems on YouTube.  Here are our favorite Holiday hits:

Do you have a favorite Holiday hit from the Muppets?  Let us know in the comments below.