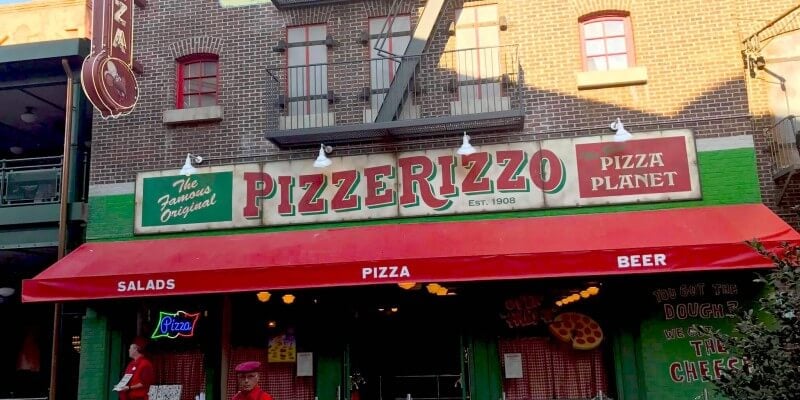 Taking the place of the former “Toy Story”-inspired Pizza Planet restaurant that stood there for many years, PizzeRizzo taps into a strongly New York aesthetic while borrowing elements from the world of the Muppets.

Those expecting an over-the-type Muppet theme will want to visit MuppetVision 3D, the long-running show just across the way in the park. PizzeRizzo takes a much more subtle approach, integrating Muppets elements as if this were a real New York pizza restaurant that Rizzo the rat really opened.

Muppets fans will find all sorts of fun references and artwork throughout the restaurant, including caricatures of some favorite furry faces as well as little in-jokes scattered on bulletin boards and shadow boxes. The restaurant’s signature pizza is largely the same as what was served at Pizza Planet, along with much of the menu. The restaurant officially opens tomorrow and more Muppet details are expected to be added in the coming weeks.