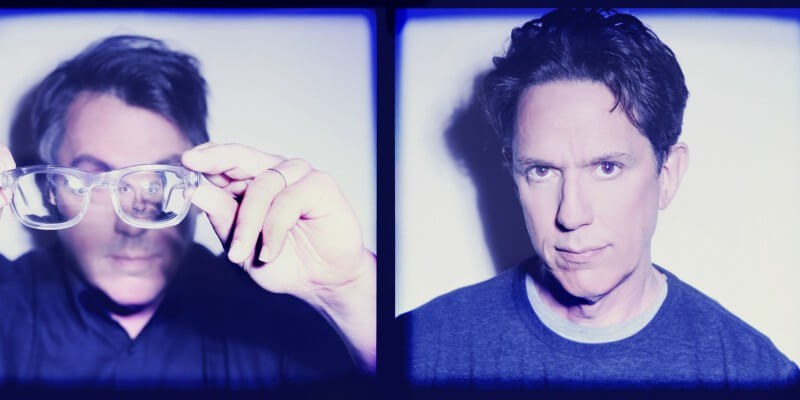 As a lifelong Disney theme park fanatic, I’ve always been on the lookout for references or homages to the parks in other popular cultures that I’ve consumed over the years. For example, one of my favorites is the “Itchy and Scratchy Land” episode of “The Simpsons” and its hilariously unflattering portrayal of the obvious Walt Disney surrogate Roger Meyers.

It’s no surprise then that when my favorite band, They Might Be Giants makes a reference to or covers a song from Disney theme parks, I tend to get pretty excited. TMBG has been around for over thirty years and is, to my knowledge, one of the most prolific American rock bands in history. Hence, it stands to reason they’d cross paths with Disney a handful of times over their long career, especially considering the subject matter of their songs is often offbeat and frequently influenced by the larger culture around them.

With that in mind, let’s take a song-by-song look at TMBG’s relationship with Disney Parks.

The first and most obvious original They Might Be Giants song to contain a reference to a Disney attraction is their 1988 hit “Ana Ng” off their second album Lincoln, which contains the lyric:

All alone at the ’64 World’s Fair
Eighty dolls yelling ‘small girl after all.’

John Linnell, founding member and one of TMBG’s lead singers and songwriters, attended the 1964 World’s Fair in New York as a child and was heavily influenced by what he saw there. The music video for their previous single “Don’t Let’s Start” was shot on the now-abandoned fairgrounds in Queens. The “eighty dolls” in “Ana Ng” is an unmistakable reference to the “it’s a small world” attraction, which WED Enterprises developed for the fair and later made its way to the Disney theme parks in California, Florida, Tokyo, Paris, and Hong Kong.

In the early 2000s, after producing a children’s album of their own, TMBG began a working relationship with Disney Records that would last half a decade. During that period, the band released three new kids’ albums on the Disney label (“Here Come the ABCs,” “Here Come the 123s,” and “Here Comes Science”) plus contributed to several Disney-branded compilations and movie soundtracks.

Perhaps the most interesting track to come out of this relationship is TMBG’s cover of the beloved song written by the legendary Sherman Brothers for Walt Disney’s Carousel of Progress, which notably also debuted at the 1964 World’s Fair before being relocated to Disneyland and later Magic Kingdom in Walt Disney World. TMBG’s version of the song (off the “Meet the Robinsons” soundtrack album) is heavily orchestrated. It features the other lead singer John Flansburgh with a female soprano singing a “theremin-like line” as a backing vocal.

WATCH FOOTAGE FROM THE CAROUSEL OF PROGRESS AT THE 1964 WORLD’S FAIR:

More commonly known as the Main Street Electrical Parade theme, which has been performed at five different Disney Parks at various times since 1972, “Baroque Hoedown” was composed by early synthesizer pioneers Jean-Jacques Perrey and Gershon Kingsley and later adopted for use in the parks.

TMBG’s bouncy cover goes the extra step to incorporate “A Very Merry Unbirthday” from “Alice in Wonderland” and “Brazzle Dazzle Day” from the original “Pete’s Dragon,” both of which play a part in the Electrical Parade version of the song.

One of the more cryptic tracks off TMBG’s latest album, Phone Power, “ECNALUBMA,” seems on its surface to be about a series of people performing strange, violent rituals to summon the all-powerful god of emergency rescue vehicles. But another allusion to the Electrical Parade in the lyrics and archival footage from Disneyland’s Jungle Cruise (plus a cameo appearance by a bizarre, off-brand Mickey Mouse) in the song’s official music video might hint at another, even more, enigmatic analysis.

Is “ECNALUBMA” about a day gone wrong at a Disney theme Park? Or is it, as some fans have interpreted, a metaphorical account of the band’s period working under Disney itself? Unfortunately, only the song’s writer/performer John Linnell knows for sure, and he’s been characteristically reluctant to give any straight answers about the song’s intended meaning. Nevertheless, it’s a fascinating puzzle box of a song and one of my absolute favorites from TMBG’s most recent output.

Like any musical group that has lasted more than a few decades, the individual members of They Might Be Giants have occasionally seen fit to take a short break from the band and pursue their own solo projects.

One of these early side projects was entitled “House of Mayors,” written and performed by Linnell and released through Flansburgh’s Hello CD of the Month club in 1996. The entire 10-song EP operates under the unique concept of an alternate-universe version of Walt Disney World’s Hall of Presidents focused entirely on New York City mayors instead of American presidents. The best and longest song on the record is the haunting and elaborate title track, which describes the atmosphere and inner workings of the fictional hall in great detail. It’s chilling (not to mention catchy) stuff and definitely one of the more obscure entries on this list.

WATCH “THE HALL OF PRESIDENTS” SHOW AT WALT DISNEY WORLD:

This isn’t directly related to the Disney Parks per se, but I’d be remiss if I didn’t note that TMBG also covered the Mickey Mouse Clubhouse Theme (and wrote the show’s fun “Hot Dog” end title music) during their tenure with Disney Records.

BONUS – “THE BALLAD OF DAVY CROCKETT (IN OUTER SPACE)”

Another one-off collaboration with Disney, John Flansburgh’s take on Davy Crockett, rockets the frontiersman into the future for an imaginary musical journey with some ridiculous lyrics as a parody to the theme from Disney’s “Davy Crockett” television series.

They Might Be Giants’ 19th studio album Phone Power is available now. In addition, the band will perform a free Fan Appreciation show at the Mohegan Sun Casino in Uncasville, Connecticut, on Saturday, November 26th.