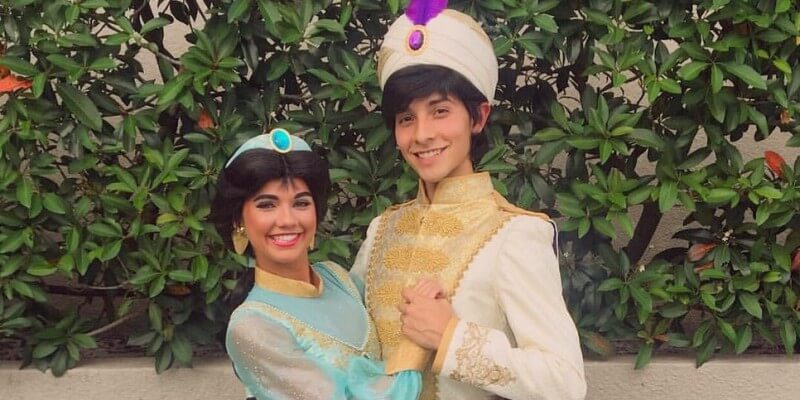 During Friday’s first Mickey’s Not So Scary Halloween Party at Magic Kingdom, Princess Jasmine’s meets and greets character debuted a new outfit that is quite the change from her previous two-piece costume. Jasmine is now dressed in one-piece pants and a dress combo that definitely gives the character some more coverage, which could have been the reason for the change. Some rumors point to complaints from Guests of Jasmine’s very revealing outfit, while others say it’s just part of the costume re-design that previous Disney princesses in the parks have received.

During the weekend, Aladdin also received a new outfit, something much more ornate and detailed. The change has happened to both the characters’ EPCOT location at Walt Disney World and Disneyland.

Princess Jasmine side by side look. Old look on the left, new on the right! #disneyland #disneyprincess #aladdin pic.twitter.com/RfXq3nHaab — DisneyCharacterGuide (@wdwmickeyhunter) September 4, 2016

Related : 4-year-old calls out Princess Jasmine, “You don’t need a boy to see the whole world!”

What do you think of their new outfits?