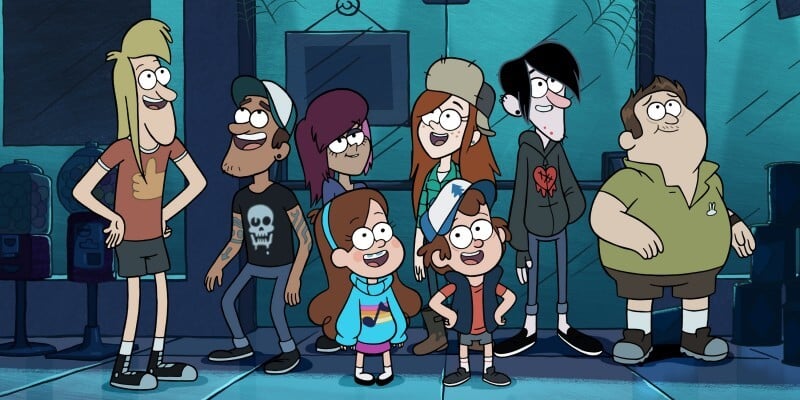 It’s the Sunday two weeks before San Diego Comic Con 2016, and that means the final day’s schedule has been put up at the official Comic Con website. As I’ve done for the previous three days (Thursday, Friday, and Saturday) of the convention, today I went through the Sunday schedule and hand-selected the major Disney, Star Wars, and Marvel Cinematic Universe-related panels and events.

Sunday at Comic Con has, for as long as I’ve been going, been known as “Kids’ Day,” so there’s usually not a whole lot going on in the meeting room for the adult geeks. Being the final day of the con, Sunday also ends earlier than the other days, allowing time for folks to head home and get back to their regular lives. Still, there are a few scattered panels of interest here and there for attendees without children, or for San Diego-bound nerds who are still kids at heart.

THURSDAY (with descriptions from the official Comic Con website)

TBA (the official site does not have a synopsis or list of panelists for this presentation yet, but it’s safe to assume it will include a discussion of the series and most likely an appearance by “Gravity Falls” creator Alex Hirsch and probably voice actors Jason Ritter and Kristen Schaal.)

The members of Haran’galaar (San Diego chapter) and Manda’galaar (Los Angeles chapter) discuss the process of building Mandalorian armor, the application process, what happens after you’re approved, and why exactly they troop.

Get all of the information you need to build your own fully functional droid character from the Star Wars universe. Experienced builders share their knowledge and expertise to make your build a success.

The creators of the popular Disney Kingdoms imprint by Marvel discuss what makes this collaborative relationship of theme park storytelling in comic books so much fun. Expect anecdotes on the development of previous titles as well as a glimpse at what is next to come.

Celebrate the genius of Rube Goldberg with his granddaughter Jennifer George, Charles Kochman (editorial director, Abrams ComicsArts), Sergio Aragonés (cartoonist, Groo the Wanderer), and special panelists who knew Rube or were inspired by his work, as they share stories of the legendary cartoonist’s life and career. Rube Goldberg (1883-1970) was best known for his comical inventions that use overly complicated chain reactions to complete simple tasks. See home movies and rare and never-before-seen images from the family’s archives, including his very first published drawings from his high school newspaper, his iconic inventions, rare comic strips, and advertising work, to his Pulitzer Prize-winning political cartoons and later sculpture.

Warner Bros. Interactive Entertainment, TT Games, and The LEGO Group offer Comic-Con attendees a new glimpse inside the ever-expanding realm of LEGO Dimensions. Be among the first to see a new trailer, new characters, and game features in this unparalleled mash-up game experience. Featuring key members of the TT Games development team and voice acting talent. All attendees will receive a limited-edition LEGO Green Arrow minifigure! LEGO Dimensions is now available for PlayStation4 and PlayStation3 computer entertainment systems, Xbox One, Xbox 360, and the Wii U system.

It’s time for Animaniacs, live! Join the voice cast of the iconic animated series Animaniacs Rob Paulsen, Tress MacNeille and Jess Harnell, along with series songwriter Randy Rogel for a zany, animany, and totally insaney afternoon as they perform songs from the beloved cartoon. Animaniacs Live! will be coming to a city near you.

As always, this is just a small selection from the full list of the day’s panels and events. Be sure to visit the official Comic Con website to plan out and personalize your schedule and get the most out of your SDCC experience!