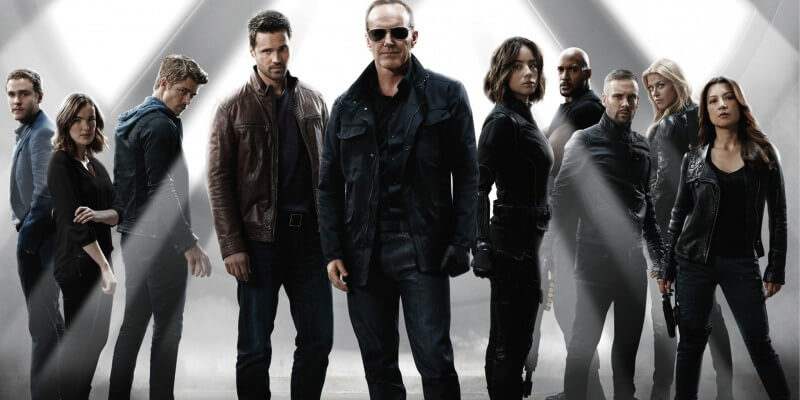 It’s time for day two of our highlights from the 2016 San Diego Comic-Con schedule! Once again, I’ve combed through the listings and pulled out all the major Disney, Star Wars, and Marvel Cinematic Universe-related events and panels. Below that I’ve also included my personal selections for panels that I would like to attend.

Friday at Comic-Con has historically been “Star Wars”-centric, but in recent years the now Disney-owned Lucasfilm has refrained from having significant official representation of the brand amongst the convention’s presentations, in favor of putting most of its efforts behind Star Wars Celebration and D23 Expo. There are, however, some smaller Star Wars panels focusing on publishing and merchandising. Plus, plenty of other fun stuff that fans of Disney and any and all other geek properties will not want to miss.

FRIDAY (with panel descriptions from the official Comic-Con website)

Could Lightsabers ever be a reality? How would Starkiller Base work in the real world? Which droid would NASA select for a real mission? Fon Davis (production designer, Star Wars Movies), Kim Steadman (NASA engineer, Mars Science Lab), Kieran Dickson (editor, Outerplaces), Travis Langley (editor, Star Wars Psychology), Steve Huff (fight choreographer), and moderator Jenna Busch (Legion of Leia) break down the science behind a galaxy far far away, field your burning questions and give away a prize or two.

Get the latest info on all the new books and comics set in a galaxy far, far away! Authors, artists, and editors from Del Rey, Disney-Lucasfilm Press, Marvel, and others discuss their upcoming stories and the future of Star Wars publishing. Moderated by Lucasfilm’s Michael Siglain.

Members of the Hasbro team discuss the popular Hasbro Star Wars line. Attendees will get an in-depth look at Hasbro’s latest action figure offerings. Word on the Holonet is there may also be a few surprises, including a special product reveal.

Creator Daron Nefcy, creative director Dominic Bisignano, supervising director Aaron Hammersley, and series stars dive into the magical universe of Star vs. The Forces of Evil. Find out what is in the store for Star and her new wand this upcoming season. See exclusive clips from the shows, as well as an audience Q&A. The panel will also feature sneak peeks of new animated shows coming soon!

Christopher Markus and Stephen McFeely (writers of Captain America: The First Avenger and Captain America: Winter Soldier) discuss the joys and challenges of adapting the beloved comic tale into the Marvel Cinematic Universe with Backstory Magazine publisher Jeff Goldsmith (host of The Q&A with Jeff Goldsmith podcast). Bring your questions!

Oscar-nominated producer Don Hahn, directors Gary Trousdale and Kirk Wise, and an all-star panel of filmmakers discuss the making of the Disney classic Beauty and the Beast, the first animated film to be nominated for an Academy Award for Best Picture.

The San Diego Star Wars Society has prepared a challenging, fun-filled trivia game for fans of the galaxy far, far away. The first game round is for kids ages 5-11, followed by three adult game rounds (ages 12 and up). Test your knowledge of the Star Wars universe, and win valuable prizes. The trivia panel hosts are Brendan Prout, Linda Crispien, Leia Hornedo, Carlos Munoz, David Gutierrez and Shawn Mullen.

From hundreds of hours of archival footage and myriad modern-day interviews comes a documentary that puts an in-depth spotlight on the beloved 1999 animated film The Iron Giant. Director Brad Bird (Mission Impossible: Ghost Protocol, The Incredibles, Ratatouille) will lead a discussion following a final cut screening of this fascinating documentary that examines the intricate, behind-the-scenes details of the creative process in bringing this critically acclaimed film to the big screen. Author Ramin Zahed moderates.

Two decades have passed since survival horror fans first opened the ominous doors to the zombie-filled mansion. Celebrate this milestone for the iconic survival horror series by hearing from the team at Capcom on what’s in store for Resident Evil fans this year.

Based on the bestselling fantasy book series A Song of Ice and Fire by George R. R. Martin, HBO’s Emmy and Golden Globe-winning series Game of Thrones concluded its 10-episode sixth season in June and will begin filming its seventh season later this year. The series, executive produced and written by David Benioff and D. B. Weiss, is an epic story of treachery and nobility, set on the continent of Westeros, where summers and winters can last years. Cast panelists include (in alphabetical order) John Bradley as Samwell Tarly, Liam Cunningham as Davos Seaworth, Nathalie Emmanuel as Missandei, Conleth Hill as Varys, Faye Marsay as The Waif, Hannah Murray as Gilly, Kristian Nairn as Hodor, Iwan Rheon as Ramsay Bolton, Sophie Turner as Sansa Stark, and Isaac Hempstead Wright as Bran Stark. Moderated by Rob McElhenney (It’s Always Sunny in Philadelphia).

It’s always a party when creator and executive producer Loren Bouchard, executive producer Jim Dauterive, and the hilarious cast (including H. Jon Benjamin, Dan Mintz,Eugene Mirman,John Roberts, Kristen Schaal, and Larry Murphy) bring their Emmy Award-winning animated FOX series Bob’s Burgers to San Diego for another unforgettable panel. The cast and creative team behind one of America’s most beloved TV families will have you howling with laughter with never-before-seen footage.

With South Park’s 20th season premiering this September, Comedy Central is kicking off the global celebration here at Comic-Con! The South Park 20 panel will celebrate all 267 episodes (and counting) with moderator Chris Hardwick and guest panelists who are sure to excite! Panelists will discuss the evolution of South Park over the last two decades, take questions from fans and give an exclusive sneak peek of South Park‘s highly anticipated next-gen video game from Ubisoft, South Park: The Fractured But Whole.

Delve into the demented history of the Dark Knight’s arch nemesis, The Joker, as he sets out to prove insanity is only a horrifying moment away for anyone in the latest DC Universe Original Movie, Batman: The Killing Joke. Based on one of the bestselling graphic novels of all time, this R-rated, feature-length animated film brings together some of the key creative team behind Batman: The Animated Series with executive producer Bruce Timm (Justice League: Gods & Monsters) at the helm and Kevin Conroy (Justice League), and Mark Hamill (Star Wars) returning to their seminal roles as Batman and The Joker, respectively. Hear how the graphic novel transitioned to animated thriller, and then witness the world premiere of this highly anticipated film. Panelists include Tara Strong (Teen Titans, Batman: Arkham games) as Barbara Gordon/Batgirl and Ray Wise (Twin Peaks, RoboCop) as Commissioner James Gordon, as well as director Sam Liu (Batman: Year One, All-Star Superman) and Harvey and Eisner Award-winning writer Brian Azzarello (100 Bullets, Batman: Broken City). Produced by Warner Bros. Animation and DC Entertainment, Batman: The Killing Joke arrives from Warner Bros. Home Entertainment July 26 on Digital HD and August 2 on Blu-ray Deluxe Edition, Blu-ray Combo Pack, and DVD.

Of course, as with yesterday’s schedule, there’s plenty more going on than what I’ve selected here. The great thing about Comic-Con is that it caters to geeks of every variety. There’s something for everyone, even if you’re not into any of the above franchises! Be sure to scour the full schedule on the official website to plan your days and get the most out of your SDCC experience!