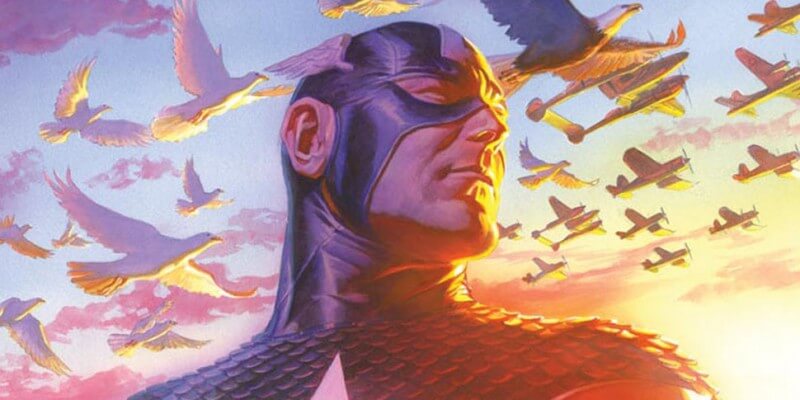 San Diego Comic Con 2016 is now a mere two weeks away, and that can mean only one thing: it’s time to start poring through the daily schedules that are being released one by one on the convention’s official site.

Today the schedule for Thursday, July 21st went up– the first full day of SDCC, after Wednesday’s Preview Night– and I took some time to go through it and highlight all the Disney-related panels (including Star Wars and MCU events, of course.)

Underneath I’ve also listed the other panels that jumped out as interesting to me personally, as maybe that will apply to other ITM readers as well. Hall H’s content is shockingly low-profile on Thursday, with the only major studio offerings being a DreamWorks animation presentation and Oliver Stone’s “Snowden,” the latter of which sounds entirely out of place at Comic Con.

THURSDAY (with panel descriptions from the official Comic-Con website.)

Leap into the journey through the VFX process of Alice Through the Looking Glass. Alice’s esteemed VFX team leads HALON Entertainment’s Tefft Smith II and VFX editor Ed W. Marsh will take the audience through scene building, shooting, and the final VFX process by breaking down some of Underland’s most complex sequences. This panel will debut exclusive footage not seen in the theater.

Created by cartoonists Joe Simon and Jack Kirby, Captain America has been wielding his shield, donning red, white, and blue, and fighting the good fight for 75 years. From Captain America Comics #1 to Captain America: Civil War, Steve Rogers has had a pretty decent 75 years, to say the least. Come celebrate “Cap” with Jim Simon (Son of Joe Simon) and Allen Bellman (artist, Captain America) all while being interviewed and questioned by former Kirby assistant, moderator Mark Evanier (author, Kirby: King of Comics).

The cast of the upcoming Netflix original series Marvel’s Luke Cage make their first-ever appearance, answering questions and giving fans a look at exclusive footage from the highly anticipated series, ahead of its September 30 global debut on Netflix. Moderated by Jeph Loeb (executive producer and Marvel’s Head of Television).

An introduction to the creation of fan-made villain costumes from all seven Star Wars movies and beyond. Legion members from the Imperial Sands and Southern California Garrisons will provide an overview of the creative process that bring Stormtroopers, Tusken Raiders, Boba Fett, or Kylo Ren from the silver screen in to reality. Dean Amstutz (ISG membership liaison) will discuss the membership journey, from initial interest through final approval. Lesley Farquhar (ISG commanding officer) will present information on the history, organization. and mission of the 501st Legion as “Bad Guys Doing Good”! Kevin Weir (Imperial Surplus Armor, KW Designs owner) will relate his process for working with hard armor parts. Jazlynne Wilson (ISG member) will speak about soft fabric construction. Dawn Bright(Flagship Eclipse Detachment executive officer) will discuss the process and requirements for bringing a new canon costume into the Legion. Todd Mullin (ISG executive officer) moderates.

The Joker has menaced Batman for nearly 77 years. Since the Joker’s first appearance in Batman #1 in 1940, he has appeared thousands of times in comics, films, video games, television series, toy aisles, and other arenas of mediated and material culture. While a powerful antagonist, the character is nevertheless fascinating to children and adults alike. Join the contributors to the first book-length scholarly study of the Joker as they ask why the Joker has become the most important and interesting supervillain in popular culture and what it is about the Joker that makes the character so iconic. Rob Weiner (Texas Tech University), Robert Peaslee (Texas Tech University), Travis Langley (Henderson State University),Hannah Means-Shannon (Dark Horse Comics), and Ryan Litsey (Texas Tech University) discuss the nature of the Joker, his history, and why Batman refuses to kill a character that causes so much misery to the citizens of Gotham.

For 25 years, Nickelodeon has produced some of the most innovative and memorable animation in the history of television. Nick Animation podcast host Hector Navarro finds out how and why four of the network’s most influential creators did what they did: Craig Bartlett (Hey Arnold), Jhonen Vasquez (Invader Zim), Butch Hartman (Fairly OddParents, Danny Phanton) and Arlene Klasky (Rugrats, Wild Thornberrys, Rocket Power), who along with Gabor Csupo and Paul Germain, created Rugrats. Don’t miss the chance to see production art from the upcoming Hey Arnold movie, animation from Hartman’s new Bunsen Is a Beast, and the world premiere of Don vs Raph, a TMNT animated short written and produced by Jhonen Vasquez.

Seth Rogen and Evan Goldberg have been the masterminds behind some of the world’s most outrageous, inventive, and hilarious comedies, and now they are going into the world of animation for Sony Pictures and Annapurna Pictures’ Sausage Party:the world’s first R-rated CG animated comedy. The film is about a group of supermarket products on a quest to discover the truth about their existence and what really happens when they become chosen to leave the grocery story. Not only will you hear all about it as Seth and Evan lead a conversation, you can see the movie for yourself. Following the conversation, stay for the pre-party and screening at Horton Plaza.

Of course, there’s much, much more on the schedule throughout the day on Thursday, and I’d suggesting scrutinizing the official website if you want to personalize your day and get the most out of your Comic-Con experience.

The countdown has begun! See you in two weeks at the Con, and I’ll be back tomorrow with a look at Friday’s schedule.