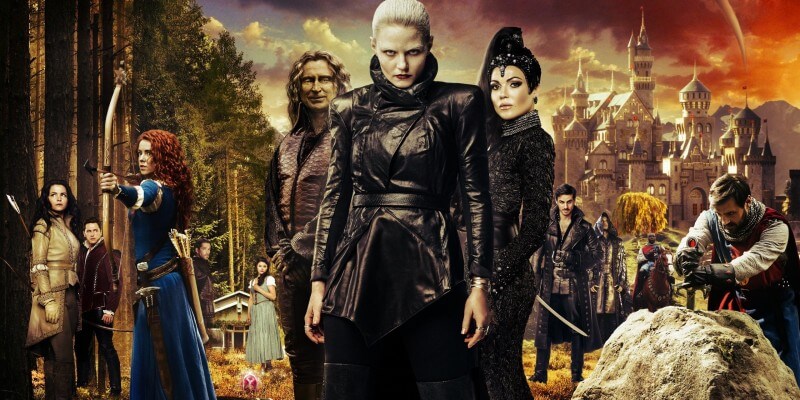 The weekend is here, and we’re still two weeks out from San Diego Comic Con 2016, and that means it’s time to take a look at this year’s Saturday schedule for the convention. As with Thursday and Friday‘s posts, I’ve combed through the full schedule and isolated the major panels that will cover Disney, Star Wars, or Marvel Cinematic Universe properties.

As I mentioned yesterday, most “Star Wars” events tend to be held on Friday at Comic Con, so Saturday doesn’t have much of anything as far as a Star Wars presence goes. It is a big day for Marvel though, with the big Marvel Studios presentation being held in Hall H. Rumor has it the cast and creative team of “Guardians of the Galaxy 2” will be on hand to promote the upcoming sequel and perhaps give fans a glimpse of what they can expect when it hits theaters next May.

SATURDAY (with descriptions from the official Comic Con website)

The Evil Queen is back! The heroes of Once Upon a Time grapple with the return of this super-charged classic villain, while also dealing with Mr. Hyde and the new arrivals from the Land of Untold Stories. And as your favorite Storybrooke residents help to find happy endings for these lost and forgotten stories, they’ll discover that they have some untold stories of their own. Co-creators/executive producers Edward Kitsis (Lost) and Adam Horowitz (Lost) and cast members discuss the upcoming season of unexpected twists, evolving characters, new adventures, and new rivalries, with moderator Yvette Nicole Brown. Don’t want miss the exclusive sneak peek at what’s in store for the upcoming season!

Marvel Studios president and producer Kevin Feige and special guests provide an inside look at the ever expanding Marvel Cinematic Universe.

They’re from different eras. They operate in different parts of the world, not to mention, occasionally, different dimensions! And they fight different villains, sometimes reluctantly. Yet, they’re all very much connected through the same universe and many of the same experiences, including trauma, adversity, and self-discovery. Writers Craig Titley (Agents of S.H.I.E.L.D.), Lindsey Allen (Agent Carter), Christos Gage (Marvel’s Daredevil), and Scott Reynolds (Jessica Jones) join Dr. Andrea Letamendi (The Arkham Sessions) to explore the dramatic psychology of the Marvel TV Universe. Moderated by Brian Ward (The Arkham Sessions).

Even after 75 plus years of stories, the family of Batman comics couldn’t be any hotter! The DC Rebirth talent behind your favorite Dark Knight tales present an exclusive look at what’s in store for the World’s Greatest Detective! With Julie and Shawna Benson (Batgirl and the Birds of Prey), Tom King (Batman), Scott Snyder (All-Star Batman), James Tynion IV (Detective Comics), and others, this is the best time to explore Gotham City.

Dr. Neil deGrasse Tyson (Cosmos, Star Talk) hosts an A-List panel of creators, including Len Wein (co-creator of Swamp Thing and Wolverine), who will discuss how universes are formed with the imagination and with science. Renowned artist Rob Prior (Game of Thrones, Star Wars) will provide a live painting exhibition during the panel.

The Simpsons is heading into its 600th episode. Creator Matt Groening, executive producers Al Jean and Matt Selman, supervising director Mike B. Anderson, Oscar-nominated director of The Simpsons MovieDavid Silverman, and voice of Bart Simpson Nancy Cartwright offer some juicy tidbits on the 28th season and beyond!

September 8, 2016 marks the 50th anniversary of Star Trek’s first broadcast. What began as a TV show became a window into the future and a reflection of our greatest hopes and dreams. By envisioning a world where technology and science improve the human condition, and where peace and unity transcend conflict and separation, Star Trek has inspired children, parents, engineers, scientists, entrepreneurs, and viewers around the world. It’s also spurred countless real-world innovations and “firsts,” giving name to a Space Shuttle (the Enterprise), launching one of the first and most passionate worldwide fandoms, and featuring the first interracial kiss on American network television. Join William Shatner, Scott Bakula, Michael Dorn, Jeri Ryan, and Brent Spiner for a conversation moderated by Bryan Fuller, executive producer of the new Star Trek television series coming to CBS All Access, following its network premiere in 2017.

Once again, this list is barely scratching the surface of everything that’s happening at San Diego Comic Con 2016 on Saturday, so be sure to visit the official SDCC website to better scrutinize the full schedule and plan your own day to get the most out of your Comic Con experience!