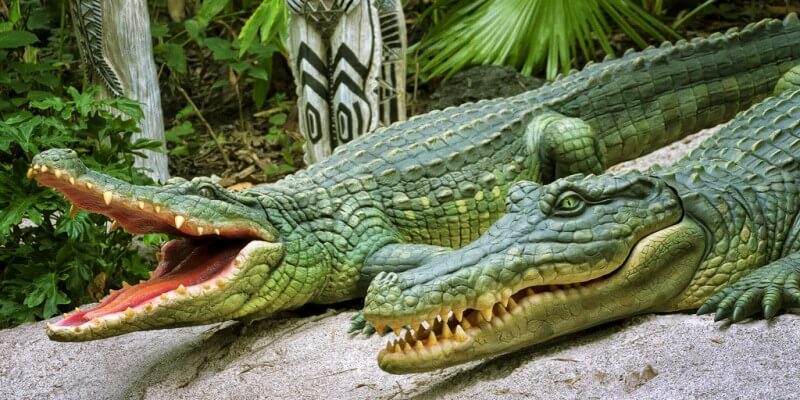 It’s been a pretty divisive and controversial month for alligators and crocodiles at the Walt Disney World Resort.

By now, I’m sure you all know about the tragic incident with the little boy being attacked and killed by an alligator on a beach near the Grand Floridian Resort. Almost immediately afterwards, the parks removed all traces of alligators and crocodiles, including a few jokes regarding the reptiles in the classic Jungle Cruise attraction. Overkill? I personally think so. Many disagree. Like I said, it’s a very polarizing situation.

Well WDW News Today reports that the joke about Old Smiley and Ginger (the crocs you see on the riverbank) has been returned to the Skipper spiel onboard the ride. The joke about “crocodiles watching your children” is still out of the script for now, but this might at least be the start of seeing their presence return to the parks.

But I want to hear from all of you: do you think it’s overkill that Walt Disney World straight-up deleted crocodile and alligator characters and attraction moments from their parks? Let’s start a dialogue, and stick with Inside the Magic for all things Disney!