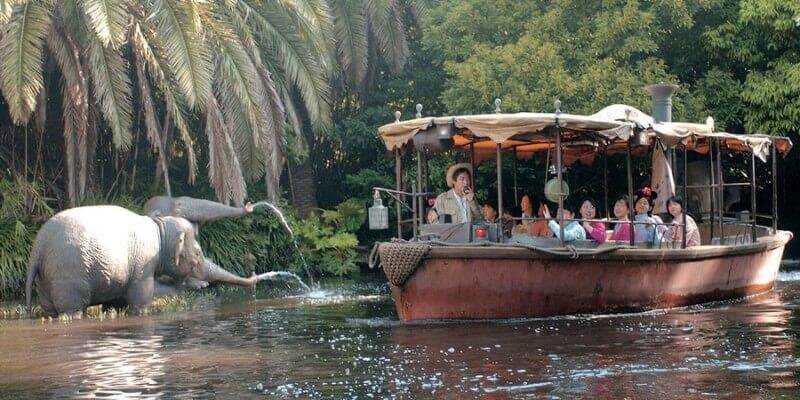 We earlier today posted a statement from Walt Disney World’s president George Kalogridis about the fatal alligator attack that happened earlier this week at the Grand Floridian Resort. Now Disney is reportedly introducing changes that appear to be in response to this recent tragedy.

The Hollywood Reporter is saying that the script for the popular Jungle Cruise attraction at Disney’s Magic Kingdom will be changing starting today. According to the news outlet, the script will no longer contain the one-liner the captain says warning parents to “watch your children, or the crocodiles will.” The Jungle Cruise script is usually filled with pun-heavy material like this but understandably the Walt Disney Company did not think it was appropriate at this time to keep it in use and has ordered cast members working the ride to refrain from saying that specific one-liner. The corny script at the Jungle Cruise has been a mainstay since 1962 and is definitely a strong characteristic of the ride. Disney has not given any word if the joke will make a return or not in the future.

Disney CEO Bob Iger said in a statement following the discovery of the boy’s body: “As a parent and a grandparent, my heart goes out to the Graves family during this time of devastating loss.”

Many fans online are now speculating if we will see other cuts in attractions and shows featuring crocodiles like the Tick-Tock Crocodile in Peter Pan’s Flight and Louis the Alligator from The Princess and the Frog that is supposed to take the stage for the first time tomorrow in the new Magic Kingdom castle stage show – Mickey’s Friendship Faire.

The Orlando Sentinel is reporting another change at Walt Disney World that seems to be in response to the attack with plans to put up new signs warning visitors of alligators around their beaches and lakes on property. The tragic incident involving the 2-year-old little boy, Lane Graves, happened on the shores of Seven Seas Lagoon at Disney’s Grand Floridian Resort, so signs warning guests of alligators would definitely be appropriate. Previously, signs in the area warned guests to not swim in the water.

Disney spokeswoman Jacquee Wahler was quoted in the Orlando Sentinel as saying: “We are conducting a swift and thorough review of all of our processes and protocols. This includes the number, placement and wording of our signage and warnings.”

This is not the first time alligators have been spotted on Disney property but it’s still not clear how many warning signs there will be or where they will be posted.